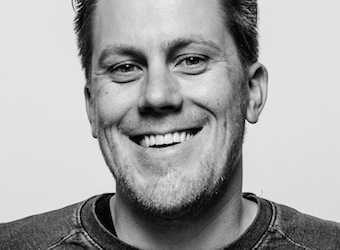 While over in the South of France judging some awards show that we hear is a big deal, in this guest post Jay Morgan applies his fascination with team dynamics and group theory to the role of a Jury at the Cannes Lions International Festival of Creativity.

It’s not everyday you get invited to judge for the advertising worlds most respected awards, the Cannes Lions.

And it’s not everyday day you are told by the Lions CEO that in eight years you’re the ‘most fun and engaged’ jury they’ve ever had. (He probably says that to all the juries to make them feel special, but I’ll take it!)

So what’s it like to judge the world’s best advertising work with the responsibility of awarding metal that could change people’s careers? It’s an incredible honour and a ridiculous amount of fun!

They say that the jury president sets the tone of how a jury pans out. That theory couldn’t be truer than with our president Jaime Robinson, ECD of Pereira & O’Dell NYC.

From the beginning Jaime invited the entire jury to be open, to embrace all of the work, to cast off our prejudices and preconceptions and to fall in love with it like we were seeing if for the first time. Each member was given an equal seat at the table, and the time to hear them make their case developed an environment of open, respectful and robust debate.

I love reading about team dynamics and group theory is something that fascinates me. I deal with it everyday as I try to create productive environments for my creative teams. It could possibly be the single biggest deciding factor in the quality of ideas and perspectives produced out the other side.

We’ve all been in rooms where those with the gift of the gab love to own the room with their wit and rhetoric – and it can be devastating and downright sad to see beautiful insights and perspectives killed off by stronger orators. This is the ongoing battle award organisers wrestle with year on year to maintain integrity and impartiality in the judging process.

Somehow, incredibly though, we managed to maintain a deep respect and decency towards each other and arrive at an award list that we are all very proud of.

Most of all we had fun. By far the most interactive and physical jury duty I have even been part of.

Every single app, website, connected device or product that was entered was available to us to use and play with and the festival provided a set of devices covering every single platform for each jury member.

We had people sprinting off down the corridor to check safe driving apps and proximity alarms, hitting tennis balls against the wall to test a new smart racquet, sniffing smartphone adapters that emit bacon and popcorn perfume (one of my favourites, who doesn’t want to wake up to the smell of bacon each morning?), people gyrating like whirling dervishes to create 3D car tracks, stacking phones together to play cross-screen, cross platform mobile games, all of this blowing our mind!

Talking with our counterparts in other juries I soon learnt that our experience was most enviable.

When it comes to the final list of winners some people will think it’s not fair, that the work more deserving lost out.

All we can hope to do, when we set out to award the world’s best work, is to create a room dynamic where the work is given the best chance of making it’s case, where each jury member has a voice and we all have a load of fun in the process.

This year the Cannes Lions Mobile Jury did just that, and we wouldn’t have it any other way.

Congratulations to all those shortlisted and the award winners, you are the best of the best for 2014.

You can see the full short-list and awards here: http://bit.ly/1lD8GYq

Jay Morgan is a Cannes Lions 2014 Mobile Jury Member, as well as being digital creative director and head of innovation at Havas Worldwide Australia. He tweets as @pixeltwidler.