ANZ Bank’s bold and innovative ‘gAyTMs’ for this year’s Mardi Gras not only staked its claim for the pink dollar but has now earned the Grand Prix title for outdoor advertising at Cannes Lions International Festival of Creativity.

As principal partner of Sydney Gay and Lesbian Mardi Gras, ANZ transformed its inner-city ATMs into dazzling, glittery icons during the 2014 festival.

The ‘gAyTMs’ produced rainbow receipts and ANZ donated all transaction fees during the campaign to NSW gay and lesbian counselling service Twenty10.

Produced by agency Whybin TBWA Group Melbourne, the #GAYTM campaign went viral on social media as people posted pictures of themselves with the colourful spectacles of LGBT marketing. 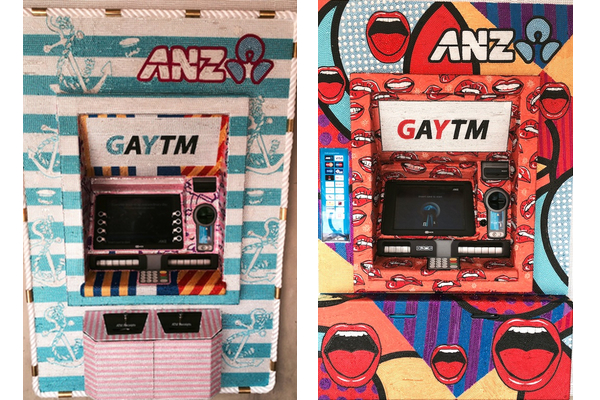 Ben Mulcahy, CEO of Pink Media Group, a gay and lesbian media network, wrote in a blog about pink dollars that ANZ was now favoured as the national number one LGBT-friendly bank.

“Our recent national LGBT research, Pink Monitor, shows that 87% of LGBT consumers are more likely to support companies that support the LGBT community. The big banks have realised the power of the pink dollar,” Mulcahy said.

Regular LGBT advertising, sponsorship of LGBT events and adoption of workplace policies to support diversity were the keys for companies to gain respect from the community and boost the pink dollar.

“Another great way to support the LGBT community is to support a cause that directly relates to us,” Mulcahy added.

The research found the four most important issues facing LGBT people today are:

Other Australian winners for the Cannes Lions outdoor category include: