The agency evolution as seen from Down Under

The agency evolution as seen from Down Under 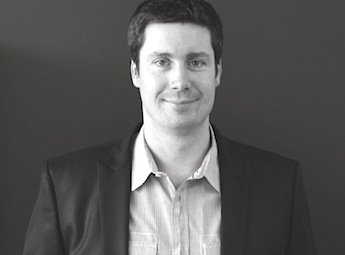 As the world of digital advances daily, it’s interesting to consider how digital agencies from ‘Down Under’ are evolving compared to those from the UK and US.

With three offices in the southern hemisphere (Melbourne, Sydney and Auckland), we can see clear differences in client demands, cultures and the evolution of digital agencies when compared to our offices in London and New York. Melbourne (Australia, not Florida) is where Reactive was born, and we’ve been in business here now for more than 14 years.

Through Society of Digital Agencies membership, my business partner and I have also been fortunate to become friends with the owners and managers of some of the world’s best digital agencies (such as Big Spaceship, HUGE, Domani, Grape and Made by Many). This access has helped us understand the agency evolution beyond our own domain, and get a glimpse of the agency landscape in Brazil, Russia and Sweden.

As we all know, the GFC in Australia was mild compared to the rest of the world, with a short, sharp downturn that rebounded quickly. As a result, marketing spend recovered within a year and the focus on digital continued apace. As a result, the past two years have seen a digital boom in Australia, with several of the larger digital agencies doubling in size over this time. At Reactive, our Melbourne office has grown from 30 to 65 staff in the past two years and we expect to hire at least a further 10 staff in 2012. Naturally, Melbourne’s hotbed of demand has led to a digital skills shortage, which is one of the biggest challenges facing agencies of all kinds.

In a tough recruitment market, agencies are increasingly looking abroad. Many agencies are actively recruiting staff from the UK and New Zealand, the weaker economies and exchange rates of which make a move to Australia attractive. There is also an increasing appetite for building dedicated offshore teams in Asia (China, India and Indonesia are popular).

We opened our Sydney office six years ago, in the creative heartland of Surry Hills. Advertising agencies in Sydney tend to have larger digital teams than those in Melbourne and are fiercely competitive – with each other and with specialist digital agencies. The battle for good talent is on.

Perhaps there’s something in the Bondi water, as Sydney agencies are usually the big winners at awards shows. I recently judged a digital awards show, and the best work was from Sydney agencies. I believe this can be attributed to scale and budgets, rather than creative talent. The majority of large brands with the healthiest digital budgets reside in the Harbour City. Furthermore, many ad agencies are desperate to show off their digital creds, and so invest heavily in award entries.

My business partner, Tim Fouhy, and I are both Kiwis, and this was a driving force behind opening an office in Auckland, New Zealand in 2009. The New Zealand agency world is small and close-knit, with many companies employing fewer than 10 staff. Together with the unique Kiwi culture, this leads to a lot of collaboration, and ultimately allows some of these smaller agencies to be true creative hot shops, creating amazing work that punches above its weight. New Zealand has an interesting social heritage (in particular, the integration of Maori and Pacific Island cultures), which often shines through in creative ideas – ideas that may be small in scale, but large on ambition.

Growth areas (such as mobile and social) offered by digital agencies on our shores are a close match to our international friends. The smaller budgets of Australian and New Zealand marketers may hurt local agencies’ chances in the international award arena such as Cannes and the Webbys, but do ensure a stringent focus on effectiveness – with the best agencies ensuring every dollar is well spent. As such, agencies from Down Under are well-positioned to bring this rigorous and disciplined approach to US and UK brands.

On a recent visit to New York, I met with several digital agency owners who confirmed this difference in attitude to effectiveness. This approach is not due to laziness or lack of experience, they explained, but that when playing on a bigger stage, the work requires more experimentation and far greater amplification. A shotgun approach is sometimes the best approach. A shotgun strapped to cannon may be even better.

On the softer side of agency culture, it’s perhaps not surprising that you can walk into a digital agency in Brooklyn, Surry Hills, Covent Garden or Fitzroy and think you’re right back where you came from. Office fitouts are the same, give or take variations on the theme: exposed beams and classic Eames are the stuff of agency dreams globally.

The people are also like-minded. As we have expanded, this has certainly helped Reactive. When visiting our London, Auckland and New York offices, the staff are friendly, talented 20- to 30-year-olds with a hipster bent (but rarely fully committed to it), just like back home. As Reactive expands into regions with greater culture differences, such as Asia, we expect this to be an interesting learning curve for our business.

So, with these similarities and differences across the globe, what does it mean for local agencies (digital or otherwise) considering international expansion?

As globalisation surges ahead, no doubt cultural differences will begin to fade. But, with a bit of luck, each region’s unique perspective on the world will stay intact and shine through in unique creative and innovative work.