The International Advertising Association (IAA) has today used Sydney to launch a global public service ad campaign to demonstrate to consumers and governments the role of marketing communications to economies.

The first out-of-home executions for the ‘The Case for Advertising’ campaign are installed at Kingsford Smith International Airport and the Sydney CBD and will follow will roll-outs in other countries across the world.

In launching the campaign, IAA Chairman and World President Faris Abouhamad said in a statement: “As the only global partnership of advertisers, agencies, media and specialised services the IAA is able to speak with one voice on behalf of our members and the industry.

“We have undertaken large pro-bono communications programs before – most notably Copenhagen – the IAA’s climate change initiative for the United Nations COP 15 which was the largest ever such initiative of its kind. The new IAA “Case For Advertising” campaign focuses on many of the core benefits that are deeply rooted in marketing communications – that advertising promotes choice; educates; informs; supports the arts, entertainment and sports; and often contributes to the costs of providing news and information.

“The campaign focus is for consumers and governments to understand the value of advertising in its many forms, including sponsored content. It comes at a time when the ad industry is under ever-greater scrutiny by governments and policy makers and often on the defensive. The campaign builds around the statement ‘Advertising. Your Right To Choose’. “The message is strong, and the objective is clear – that consumers do have the right to choose – and the advertising theme reminds us all that freedom of choice is a good starting point in democracies.”

Australia was selected as the launch market for ‘The Case for Advertising’ to coincide with a 75th IAA Anniversary Leadership Forum – What’s Coming Next? being held in Sydney by the IAA’s Australia Chapter tomorrow

Launch ads were made possible by donated media from oOh! Media Australia. oOh! Media CEO Brendon Cook said “The IAA continues to be a powerful forum for local issues within the industry. As Australia’s largest outdoor media provider, oOh! is pleased to be the launch media for the IAA’s 75th Anniversary that will utilise big billboards and our market leading digital networks spanning shopping centres, airports, universities, cafes, bars and social sports centres”.

Here are the ads: 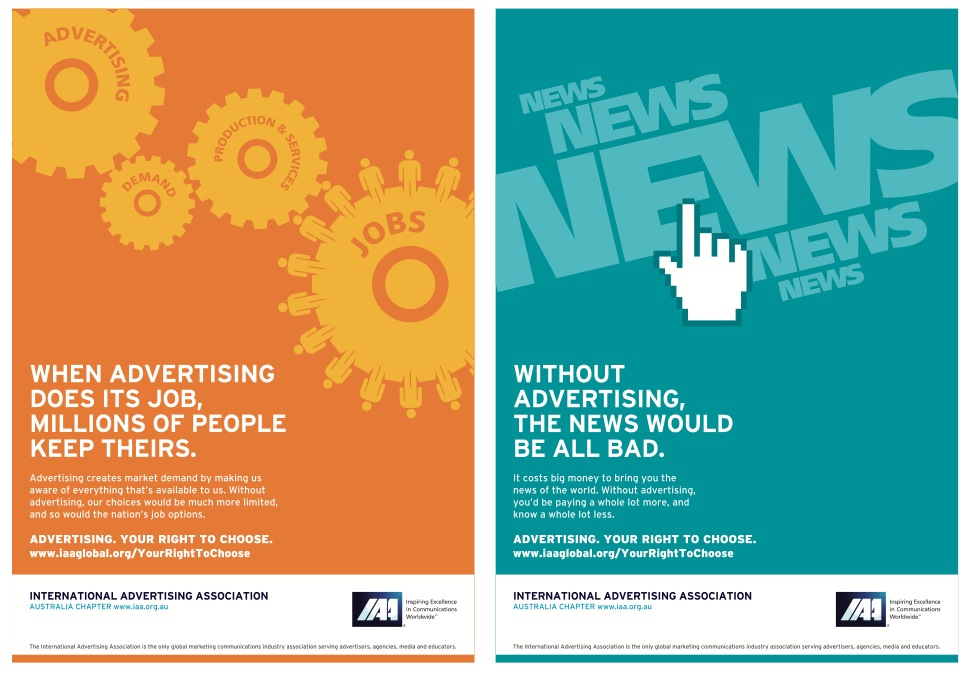 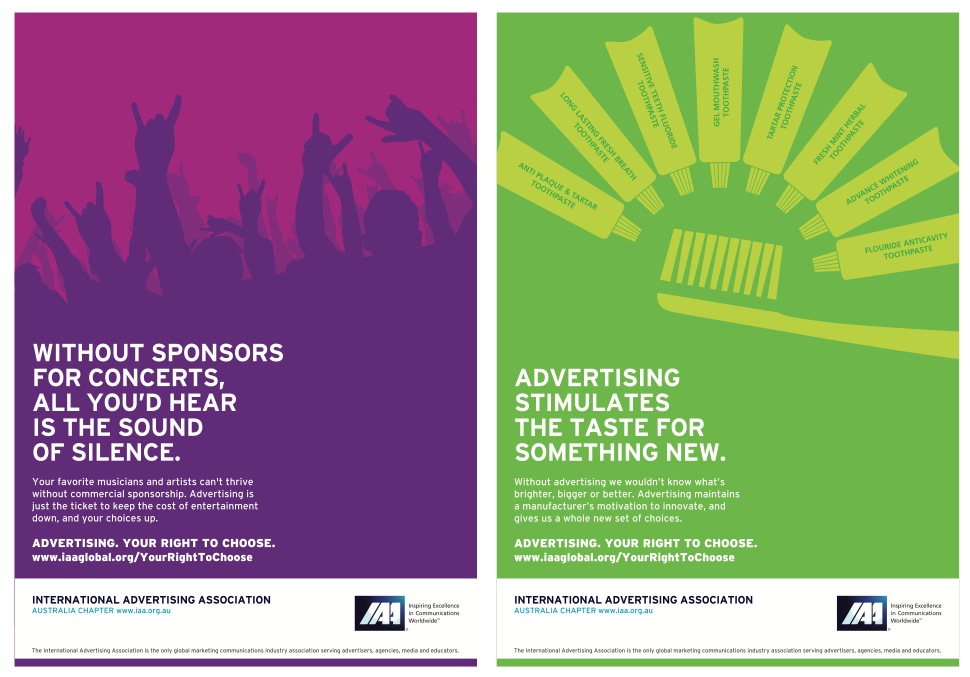