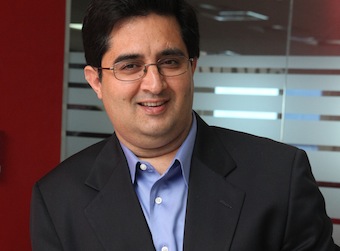 In the city of Bangalore, India, exists ‘the hub’. In the last year alone it has executed more than 4000 marketing communication assets for use around the world. It’s official name is Lenovo Worldwide Marketing Services (WWMS), and since its creation in 2007 it has been the singular central place from which the tech manufacturer has planned, conceptualised, executed and measured campaigns in market around the world. To this extent, Lenovo’s set up is unique, although many companies employ some aspect, usually backend, of their operations in Bangalore.

As an organisation, Lenovo had existed since 1984 (a Chinese company, its native name is ‘Lianxiang’, and has previously used the English moniker ‘Legend’), but things changed in 2005 when it acquired IBM’s personal computer business for US$1.25 billion. It took on half a billion dollars of debt, but gained the ThinkPad brand, IBM’s advanced manufacturing technology and its global breadth of operations and sales channels. Since then Lenovo has risen steadily to become a top technology player globally, with just under US$30 billion in revenue last year and a staff of 27,000. For the last two years Lenovo has ranked second in global market share of personal computers, behind only HP.

In 2007 the company started focusing on brand building. It was quickly recognised that the organisation was not structured in a way that could take the Lenovo brand global, says Ajay Kaul, executive director, global brand communications.

“We had inherited a structure off IBM in terms of marketing that was a distributed model. It worked well for IBM given its long history, but for Lenovo it was not the way to go because Lenovo hadn’t established itself as a global brand,” Kaul tells Marketing on the occasion of his visit to Australia for the ADMA Global Forum.

As a pretty much unknown brand, Lenovo had the luxury of being able to start from scratch and build up its brand with a solid consistency from the beginning. “We stand for something globally, so we needed the same thing for people across the world. So the decision was made that we needed some sort of centralised marketing approach.”

The big question was where. “Do you do it out of your traditional marketing places of New York or Europe, or do you do it somewhere else? What we recognised when we looked at the future numbers where the growth of the PC business, it was clear that it was the emerging markets where the huge growth was coming. The decision was made to create the marketing hub close to where the biggest growth markets are. That narrowed it down to a few countries.”

Lenovo obviously had a long history in China, but India was chosen for its ability to understand the Western and Asian cultures, and its language flexibility.”

In Bangalore, the marketing team that had already established its credibility by launching the Lenovo brand in India was picked to lead this effort, explains Kaul. What started off as a small endeavour – a team of half a dozen – to prove the concept, quickly grew.

“Within a five to six month period we recognised that we could actually do a lot out of this team and it could scale up and grow. Within a year’s time the CMO made the decision that we could be producing global campaigns out of this unit,” Kaul says.

Now, more than 100 staff from Ogilvy, Lenovo’s global agency of record (a second agency, Saatchi, based in New York, is responsible for brand custodianship), comprise a special outfit co-located with Kaul’s team of 50, together delivering marketing solutions, end-to-end campaigns, research and analysis.

According to Kaul, the strategy brings several key benefits, including increased efficiencies, effectiveness and quality, as well as the benefits of centralised and comparable measurement.

The benefits in analytics and measuring retune on investment is one of the biggest benefit’s of Lenovo’s hub set-up, says Kaul. “Before we had disparate research and analysis in every part of the world… Now we can look at global trends and compare the local trends in different markets. So it puts analysis in global context, and we are able to publish a global dashboard [weekly] for the CMO. In one place he can see what’s happening with a brand campaign in each of the markets in terms of consideration where a branded effort is being made.”

Kaul rejects the suggestion that the centralised approach means employing fewer marketers in each territory in which the brand is active. He says the hub was not set up with the intention of reducing the number of marketing staff in the region, but what has happened is that the type of marketers employed in each country is different to how it would be otherwise. “We wanted our marketing teams in each country to be really focused on growing the business. So what that means is, for example, for us the big push is to grow in retail. So the marketing teams in each country are focused on cracking the big retail partnerships, driving retail engagement and coming up with the best promotions that resonate with the local market,” he explains.

“The teams are focused on the big problems in their countries, and they don’t have to worry about the details because they can brief us on a specific task which helps them very quickly use that for their specific markets.”

Despite the hub’s central role in getting Lenovo to where it sits today in the PC market, Kaul says the job is not done. “We still have a lot of work to do in terms of continuing to evolve as a brand. Our brand consideration used to be not even in the top 10 in the top 10 markets if you look at three to four years ago. Now, in the last three to four years, the brand has made huge progress in terms of consideration scores in the PC category,” he says.

“That’s because of the focused marketing the company has been able to put in place to really double up on brand investments in those markets and benefit from the growth thereof.