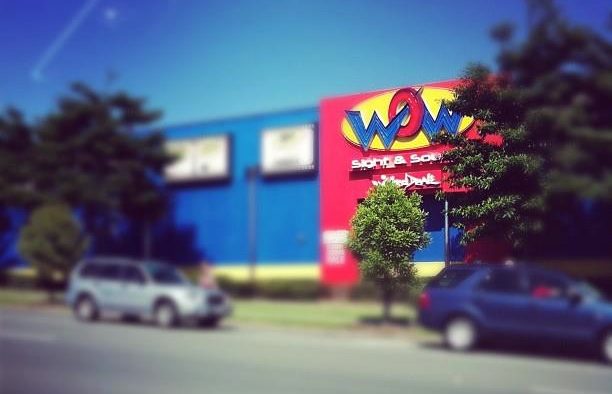 “So they’re just shutting it down?” a marketing expert colleague asked me the other day.

The answer was in the affirmative. They are, indeed, just shutting it down. With the loss of the jobs, locations, branding and all trade.

For those outside Queensland who don’t know WOW Sight and Sound, they were a competitor to JB Hi-Fi, similar in retail proposition and with 15 stores across Australia and over 500 staff. Their financial records indicated that they lost $8 million in 2011 and $17 million in 2010.

The life and death of WOW Sight and Sound is a stark lesson to all business owners. A stark lesson in what not to do when running a retail store. There is much background to the collapse, a decent chunk of it unrelated to the core business, as well as a lot of economic woes and shifts in business patterns. But inside all of that, there are some key lessons. 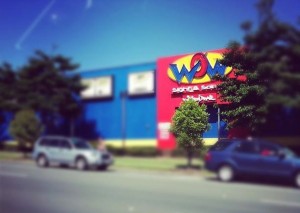 1. You never asked me for anything

I shopped at WOW a fair bit. A bought DVDs and Blu-Rays there. I bought three Mac computers and an Xbox. I bought a set of scales. I bought a battery charger. And never once did WOW ask me for my details. An email address, my postcode – some way of tempting me back in store. What about a newsletter? Ask me to join your Facebook page? Oh no. You don’t have one.

2. You had interest free credit

…and you never told me. I had to find out through GE Creditline. I’d have bought more and I’d have bought bigger if I’d known before. Why didn’t you tell me? JB Hi-Fi told me. I appreciate you didn’t want to get into the Harvey Norman cycle of having a permanent interest free option as the sole driver for foot traffic, but there’s a way of presenting that without sounding desperate.

3. You built a hotel

If you’ve learnt nothing from any marketing expert at Apple – whose products you stocked quite well actually – is that there’s no need to diversify for the sake of amusing yourself. Especially when the hotel you build has something like 100 plasma screens in it and gives even normal people a fit looking at them. And wasn’t overly successful too. One of WOW Sight and Sound’s main problems was their attachment, via one of the previous owners, to a struggling building arm, that when it went under, owed them $20 million. Property and DVDs? Bad mix.

4. Your floor space was covered with products people weren’t buying

We watched Blockbuster and HMV go out of business. Yet you still gave over massive space to DVDs and CDs. Only three months ago did it appear that the powers that be realised this wasn’t a good plan, and I saw some of the stores finally catch on to the digital world and start reallocating space. Probably a bit too late by then.

5. You sponsored the Broncos

That had very, very little bearing on whether I shopped with you. Sure the Broncos rocked up to your stores now and again, but did this drive sales? Did you analyse whether having the logo on their shirtsleeve actually put more bodies through the doors? I doubt it. Brand awareness, yes, but with such an inclusive retail proposition, why spend on a more subjective sporting code?

Hindsight is the only exact science but maybe the money could have been better spent on consumer engagement and education?

…but the one time I visited your website… actually, I can’t remember. That’s not good. If I didn’t go back, it can’t have been any good. And what was with the www.1wow.com.au URL? I appreciate you couldn’t get Wow.com.au but talk about make it harder for people to find you. Or remember you.

You were a destination venue, for what was fast becoming a commodity product. Bad idea. JB saw some sense and moved into high foot traffic areas. Maybe you should have done the same?

Despite the doom and gloom rubbish that spouts from Gerry Harvey and the Australian Retailers Association on a weekly basis about the state of Australian retail, this channel for consumer goods is not dead. Far from it. I would suggest a re-birth is about to occur. Or an evolution. Or actually, a revolution. We’re on the cusp of it right now. Consumers still want to pick things off shelves but what we’ve seen is how that action has evolved by the internet, home shopping, the mobile phone and growth of video. Retailers shouldn’t be running around, screaming about the sky falling down; they should be working out how they can be part of this revolution and benefit. Walk into Harvey Norman this week and ask for a discount, and you’ll get it. Walk into an Apple store and do the same thing, and see how far that gets you. You’ll still walk out with a product from both, but one company will have made significantly more profit than the other.

In any revolution there are casualties. WOW Sight and Sound, Ed Hardy and Colorado Group are a couple. And many people will tell you, there will be more.

But there are ways and means of fighting back. Retail experience, price points, education, payment plans – these are things online simply cannot and will not offer, and things the consumer is willing to pay for and engage with. If back in 2008, post-GFC, a marketing expert and someone at WOW Sight And Sound had taken a long, hard look at their business and corrected the seven points above, would they have called in the administrators? Even if WOW Sight and Sound had just managed the first point, and they’d continued to engage me, perhaps that would have helped?

You evolve, or you die, and never has this been truer for the retailers in Australia. WOW Sight and Sound learnt the hard way.

Previous Article
Help! My brand is boring! Content marketing’s 6 golden rules
Next Article
Making the most of mobile