The Netflix effect, crowdfunding and the future of film and entertainment marketing

The Netflix effect, crowdfunding and the future of film and entertainment marketing 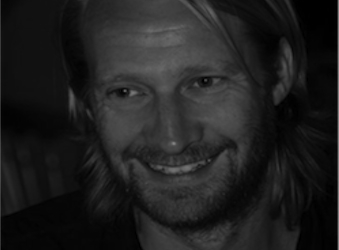 The Greek philosopher Heraclitus said that the only constant in life is change. And boy was he right. We live in an age of constant, never ending profound change. Facebook, Twitter, Google, iTunes, VOD and crowdfunding is now part of our daily vocabulary and yet, iTunes is only 10 years old, Facebook is 9, Twitter is 7 and Kickstarter, the mother of crowdfunding sites, is only 4 years old. These young companies are not even in their teens yet but combined they represent a paramount change in our industry to the tune of over 500 billion dollars.

Did the internet break Blockbuster?

The entry of internet into people’s lives has eventuated into massive disruption of business models across practically every industry. In the case of entertainment, let’s look at what happened to Blockbuster; up until 2004 Blockbuster was the market leader in rental videos around with world with more than 60,000 employees and 9,000 stores. Then Netflix came along and changed all that.

Interestingly their cash cow was not in the rental of videos or selling of popcorn and coke. Sure, they did make money on renting and selling snacks but where they really made a ton of money was in an area that really annoyed their customers. The dreaded late fee! This was direct revenue for Blockbuster as it was not shared with film makers.

Netflix changed all that with the delivery of DVD’s through the mail as there were no late fees. Bigger selections and no “sold out” titles made millions of people sign up to Netflix. As of March 2013, they had 33 million subscribers paying them a fee every month. In September 2010, Blockbuster filed for bankruptcy in the US. Yes, Blockbuster is still around in Australia but it may be a matter of time before they go the same way as Tower Records, Borders Book Stores, HMV and Virgin Megastores.

The premise for crowdfunding is that it enables filmmakers to connect with their audiences before, during and after they have made the film. It is a great way to find out if there is interest in your film before you make it. Up until crowdfunding, we have had this “build it and they will come” mindset in our industry when choosing what project to make. With crowdfunding we can see if there is a clear demand. It is an early pitch directly to your core audience.

Gayby Baby, a documentary that we helped crowdfund $100,000, premieres in a shorter version later in the year on ABC’s Open Shot program and will have a full release next year. The $100,000 raised on Gayby Baby through crowdfunding was great as it told us that there are a lot of people who want to see the film. It also reiterated audience confidence to ABC, Screen Australia, film festivals and others. The “brand” value of film increased before it was even completed. Normally, you start from scratch when a film is released but in this case, we have had a year to build up the anticipation, discussion and fans for the film so that when it does get released, it will have a build in audience that proves to the distributor and exhibitor that there is a market for the film as opposed to a generic marketing campaign.

On the film Deep Blue Sea, we crowdfunded $60,000. This money was raised, not to complete the film, as the film was already complete when we met with the producers. We raised the $60,000 to pay for a national release to 30 cities across Australia. In other words, if we did not crowdfund the $60,000, we would have known that there wasn’t enough demand for the film and wouldn’t have released it. More importantly the money raised told us that people were so keen to see the film that they were willing to buy tickets months in advance to “vote” for the film to come to their city.

If we sold a lot of tickets in one city we could afford to rent the local theatre on our terms, but if we sold very little, we could either cancel or show the film in the local pub, town hall or church. By renting the theatres on our terms, we were allowed to sell DVD’s in the foyer, while still having the film available on video on demand. More importantly, the producers made money, from the first dollar at the box office, as opposed to the last dollar.

Crowdfunding and innovative distribution helps in reducing the barriers of entry to the market and gets more people wanting to produce entertainment content. It still has a long way to go, but the change has begun.

Thomas Mai is a former film producer and film sales agent who has created FanDependent to work with innovative distribution of feature films. FanDependent is supported by Screen Australia and Josh Pomeranz from Spectrum Films. Next week FanDependent will launch www.Releasr.com to help film producers bridge the gap between their films and their audience.