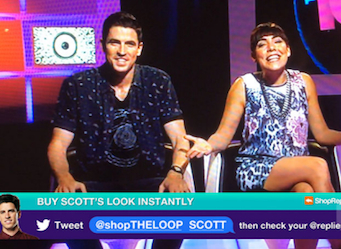 Aussie shoppers will be given the opportunity to purchase products they see on TV via Twitter. Glue Store has partnered with ShopReply to allow audiences watching Channel 11’s Saturday morning music show, The Loop to buy specific apparel and accessory items that are being worn by presenters. This is the first time that Twitter has ever been used in a transactional capacity on a television broadcast, worldwide.

Glue Store has worked closely with stylists to dress presenters in stock that is in-store and available to ship to consumers instantly. The items will also be available to purchase via text message for those who don’t have Twitter.

“New delivery vehicles like ShopReply extend our business beyond the reach of just an e-tail or bricks and mortar. The technology means we can capture the intent of a large and engaged audience and enable them to finalise their transaction in an instant,” says Next Athleisure group managing director,  Prue Thomas.

To carry out transactions consumers will tweet BUY to @Shoptheloop. A reply will be tweeted with a link to a secure site, via ShopReply. If consumers have previously purchased with ShopReply they will have an account that enables the process to be streamlined to a one-click action.

Brad Linderberg, Founder and CEO ShopReply says, “We believe that Twitter has the propensity to become a significant eCommerce channel capable of processing enormous transaction volumes by leveraging massive real-time TV audiences who are already tweeting, giving these audiences that ability to transact in real-time when they are emotionally engaged in content.”