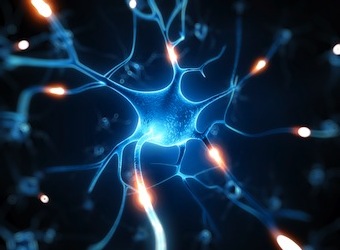 Dr Michael Wu has a triple major in mathematics, physics and molecular biology, and authored his PhD thesis on how the human brain processes visual information, and he’s now helping some of the world’s largest brands engage influencers in their communities and drastically reduce their customer service costs.

Wu is chief scientist at Lithium, a social customer experience software provider that works with, in Australia, Telstra, Commonwealth Bank, Vodafone and Virgin Mobile, and internationally with the likes of Verizon, Lenovo, Skype, AT&T, Telefonica and Barclaycard.

Of vital importance to marketers is how to influence an audience, and the question Wu set out to answer in his research for Lithium is how influence propagates from one person to another within a network. The benefit to marketers here is the ability to identify, very specifically, influencers within a social group and engage them accordingly.

Wu found that the techniques used to model the human brain he was familiar with in the lab can translate to social networks. “It was a bit surprising initially,” he tells Marketing. “When you write down the equation for a neural system, in an abstract sense, it’s a bunch of neurons and they communicate with each other through chemical synapses. When you look at social systems, instead of neurons you have people and they communicate with each other.”

The makeup and communication methods are different, but at an abstract level the two systems have similarities, and therefore modelling techniques can interchange to some extent.

“That’s one of the reasons crowd-sourcing works so well, because the wisdom of the crowd is at work, so you only need one person in a crowd to solve the problem and it benefits the whole group.”

Wu and Lithium have identified six factors he sees as critical for propagation of influence. That is, the six factors a community member must have to hold influence over others:

“Just imagine if I’m trying to influence you on purchasing your next phone, if I don’t have any credibility in mobile devices I probably cannot influence you,” Wu points out. “That’s a very important criteria.”

“Even if I have credibility, I still have to speak up in order to influence other people. If I don’t actually talk to you I cannot influence you either. Bandwidth is how much people talk, how much they share, how much they update on social media. It’s basically the social presence. That’s the factor a lot of social influence vendors like Klout and Kred are interested in. They focus pretty much only on that factor.”

“Whatever the influencers expertise is, it has to match what the target audience’s interest is,” says Wu.

“The influencer’s advice has to reach the target audience at the right time. During a decision journey there is only a small window in which a consumer is susceptible to influence. For different products this window has different lengths.”

“The influencers and the target audience needs to be in the same place. That applies to both the online and offline world. Typically what we find is that influencers are not on all the channels. Some bloggers are not really on Twitter, some YouTube video makers don’t write blogs. We have to make sure the channel is aligned between audience and influencer.”

“If you’re missing any one of those factors you don’t have any influence at all,” Wu says.

But identifying influencers is only the first step. The easy part. Working with them in a sustainable way is more challenging. “How do you work with the influencer so they will continue to help you influence your target consumers? That’s very difficult.”

Wu cautions that short-sighted incentives can actually reduce the influencer’s effectiveness in the long term, by damaging the ‘trust’ factor required for the whole equation to work properly.

“I could pay them, I could give them rewards if they refer their friends and so on and so forth, but those all turn out to be unsustainable. And in fact, in the long run, it hurts their influence.”

So if you can’t pay or force people to help, what’s the answer? “A sustainable strategy has to be a win-win-win scenario for all parties involved. That’s the only way any kind of strategy can be sustained. In the community we find that the strategy for working with influencers that’s really effective is a co-creation strategy.

“There’s also another party, and that’s the brand who’s sponsoring the community. And the brand also wins, because the brand also gets effective word of mouth from the influencers, and now you have this win-win-win strategy.”

Wu points to client Telstra as a brand that has embraced this kind of strategy to great effect. The telco’s crowd-sourced support forum provides community members with a method of getting help with their problems and provides influencers with reward over time. It also allows Telstra to drastically redistribute customer support costs.

When the iPhone 5 launched, Telstra decided to provide support for it solely through its online community, which includes staff and external influencers. Usually its support staff would have a fortnight or less to get up to speed on a new product such as this and then be the sole contact point for help, but in an open community Telstra could allow passionate iPhone users to jump in and answer questions about the new device’s functionality. In the first month 40,000 customer enquiries were answered by the community. It doesn’t take much to imagine the impact that has in terms of savings on the business’ customer service load.

Neuroscientific applications in digital information systems don’t end with social networks. Wu’s PhD thesis, on how the brain processes visual information, has applications in automated image-recognition software, meaning that science’s investigations into the little-understood human brain could continue to influence how we tackle technology and business problems arising from the increasingly-complex digital landscape.