The rise of the silver shopper

The rise of the silver shopper 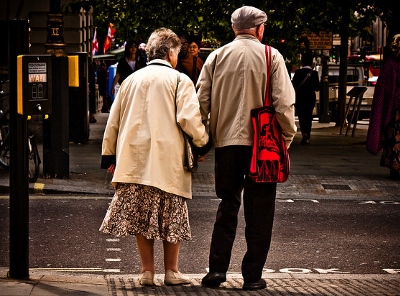 With more than half of consumer spending growth in developed markets expected to come from the 55+ ‘silver segment’ in the coming decades, a report from the Boston Consulting Group (BCG) urges brands to act now to guarantee future success.

BCG’s study, ‘Global aging: How Companies Can Adapt to the New Reality’, warns that a fundamental shift in the global demographic structure is underway and that the effects on companies in all major industries will be substantial.

“Companies that recognise the magnitude of the changes to come – and that take the necessary steps not just to cope but to benefit – will best adapt to and profit from the new reality,” BCG says.

In Australia, over 50s are the fastest growing consumer segment and control the largest portion of wealth per capita.

The Australian Bureau of Statistics forecasts that in 2056 one in four people will be aged 65 years and over, up from one in seven in 2007. This is accompanied by a decline in the proportion of people aged 15-64 years (sometimes called the working-age population), down from 67% in 2007 to around 60% in 2056.

As a consequence, the old age dependency ratio (the ratio of people aged 65 years and over to the working age population) will approximately double from 20% in 2007 to around 40% in 2056. Put another way, in 2056 there will be three working-age people to each older person, down from a ration of five to one in 2007.

Australia’s population is expected to be one of the oldest by 2050, with a dependency ratio well above the worldwide average of 25%.

Other key markets around the world expected to be comprised of a large proportion of older people include Japan (dependency ratio of 36%), Italy (33%) and Germany (31%), while India (14%) and the US (21%) are in somewhat better conditions.

Many brands are already starting to respond, with Unilever’s Dove brand targeting a high profile campaign at older women, and retailers like Kaiser in Germany and Lawson in Japan modifying certain stores for senior citizens.

JWT Intelligence predicts that perceptions of aging will change as the demographic shift takes place. One of its key trends for 2012 is ‘a celebration of aging’ which will see people, “Take a more positive view of growing older…[and] redefine when old age occurs and what the term means”.