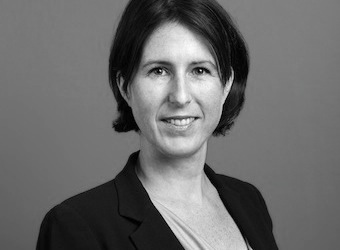 Three years ago, in 2010, those of us at Google started noticing that our mobile traffic was growing at the same pace as desktop traffic had in the early days of our company. We knew mobile was going to be huge; along with the rest of the technology industry, we’d been talking about the ‘mobile revolution’ for years. But what we didn’t know is just how big it would be. In retrospect, what started out as a mobile revolution has proven nothing short of a rebuilding of the Internet. Just five short years ago in 2008, less than 1% of global internet traffic came from mobile globally. Now that number is 15%, and it’s expected to grow even faster in the years to come. This transformation is global and it isn’t going to stop or slow.

Computing used to make the rest of the world disappear as we hunched over one screen, and the internet used to be on your desk. Now it’s on the bus, or in line at the bank. It comes to us via a dizzying array of smartphone devices and tablets. And as devices and screens that we use multiply, it’s tempting for marketers to respond by adding complexity: hiring dedicated mobile marketing groups, pursuing separate mobile-Internet strategies, tailoring their campaigns to major mobile operating systems or specific screen sizes. But in the long term, that approach just won’t work.

Businesses have to stop thinking mobiles, and start thinking moments; we have to stop marketing to devices, and start marketing to people using them. Businesses are rapidly losing the ability to keep up with the number and type of devices consumers are using, a task which will become even more formidable in the future as devices we can’t even imagine today emerge. Consider this: in Q4 2012, global tablet shipments outpaced those of desktop and notebook PCs, less than three years after being introduced to the market. Did you see that coming? And can we even begin to guess what’s next?

The good news is that no matter what the devices consumers of the future use or how they look, we can be sure of two things: first, they’re going to be web-enabled. It’s continuous connectivity and the cloud that’s going to be key, not screen size. Second, people will own and move seamlessly between multiple devices as they live their lives each day – they’ll be multiscreen.

The research shows that Australians already live in a multiscreen world: 88% of our daily media interactions are screen-based. Today, two out of three Australians own a smartphone and at least one out of every three owns a tablet. As a nation, we consume 40% of our media on mobile. And yet only 18% of Aussie ad campaigns are multiscreen, and only 1% of Australia’s marketing spend goes to non-desktop devices. That has to change, but it’s not enough to ‘go mobile’: marketers have to go multiscreen.

The key to doing so is to start stop thinking about what device people are using, and start thinking about context: where someone is, what they want to do, and how they want to interact with your message. Context can mean location – whether users are at home, at the airport, or on the bus, or it can mean proximity, like how close they are to a given store. It can also mean time of day or day of week, or even whether the device they’re using can make telephone calls. A person with a smartphone, TV and a tablet is one person, not three; someone who uses a tablet doesn’t change into a different person just because they sit down at a computer. It’s become clear that the device is really a proxy for what really matters: reaching people in the right context with the right message.

Let’s see what this means in the context of real-world Australia through the lens of search on a typical Saturday. When Aussies wake up, the first thing they do is check the weather from their phone. Mobile search queries for weather in Australia start at around 7am on Saturday and peak at around 9am – no surprise there. But by 10am on Saturday, mobile searches for banking peak. In fact, a quarter of home loan queries come from smartphones. Later in the afternoon we see shopping queries pick up (40% of all shopping-related queries in Australia now come from mobiles). At 6pm searches for recipes and restaurants spike.

But marketers still have to embrace this reality. Imagine running a shop and closing your doors to two out of five people. Or running a bank and refusing one out of every four people who tried to open an account with you. Or operating a restaurant and declining to serve anyone wearing a green shirt. If you’re in the finance, banking, retail, or food and beverage industries, and have haven’t extended your online advertising campaigns across all screens, you are committing the digital equivalent of the same mistake. You wouldn’t run your business that way, so why would you do the same for your marketing campaigns?

One local marketer who is grasping this new reality is Hyundai. Along with their agencies, Initiative and Reprise, they are developing great creative that is tailored to take advantage of the unique screen that it’s appearing on; for example, you can interact with some of their ads by liking, swiping, zooming, and so on. They are also hyper-aware of the consumer mindset on each device – they know people on tablets are likely to be browsing and wanting to be entertained, so they include videos, options to explore with further content and a fun 360-rotation functionality of their latest i30 model.

People are connecting every part of their lives to every other part of their lives, and their device and web behaviour reflects this. We know Australians love seamless online experiences, because they’re living them every day – and we marketers should follow their lead.

This article by Suzie O’Carroll, head of new products and solutions at Google Australia and New Zealand, and member of IAB Australia’s Mobile Advertising Council, appears in the ‘Mobile Trends Report’ released this week by IAB Australia.

Previous Article
Toyota, Lego and AFL – an unlikely trio makes memorable moments
Next Article
If you’re going to be a comedian you have to be funny (or, social media vs social business)