Want to provide great service? You might have to break some rules

Want to provide great service? You might have to break some rules 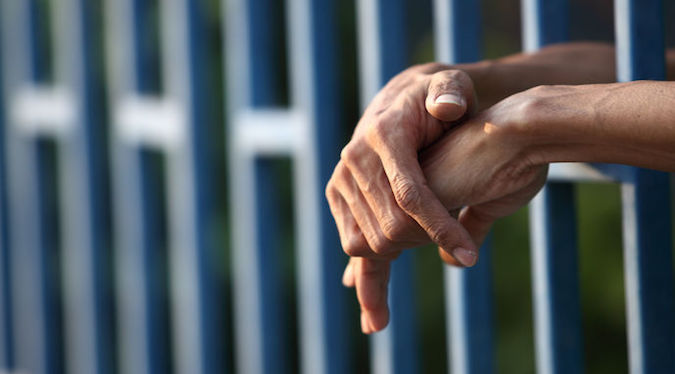 The best experiences Steve Sammartino has had with brands were when someone in the organisation had the courage to break the rules.

This article originally appeared in The Serve Issue, our October/November print edition of Marketing magazine.

If you’re looking for a singular narrative with an astounding conclusion about service strategy, you won’t get it here. I’m instead going to start out with some corporate folly we’ve all had to face in marketing, and then a set of vignettes that prove what service really is, and that its core requirement is not based on some kind of strategic advantage or expensive research, but mostly humanity, sprinkled with a little bit of courage.

The art of service is the sum of the parts. It’s the fight against a corporate machine driven by rules and efficiency. But anyone can choose to go off script, which is what it usually takes for service to be added to a successful repertoire.

Let’s start with the folly.

Not everything that is important in business can be measured. The spreadsheet culture permeating corporate society would have us believe all things that matter can be slotted into a column, quantified and evaluated.

That would only be true if companies didn’t have to interact with actual people somewhere along the line. In fact, the best experiences I’ve ever had with any firm are usually when someone in the organisation had the courage to break some rules, and invest some financial humanity on the company’s behalf.

Scenario: I sit down in the restaurant to start my day. I request a latté only to be informed that it’s not included in the $30 breakfast. I’m pretty sure I’ll eat less than $30 worth of eggs and fruit and toast, but I’m forced to pay a further $4.

I can afford it, and I’m not angry with the staff member following the rules. I sign the receipt.

But here’s what I notice. The staff is spending so much time fulfilling bespoke coffee requests (heck, it’s only been a decade since anyone tolerated pot coffee!) that the tables aren’t cleared and people are waiting to be seated. It’s easy to understand why real coffee isn’t included; it’s not part of the factory system most businesses are built around. It will require some reconfiguration. It takes more labour, and those costs will appear in the spreadsheet. It may require putting hospitality before profit. But with a little bit of effort, I’m certain an efficient system to make the lattes on demand could be built.

Next time I’m interstate on business I’ll reserve my $300 hotel room for the hotel brand that wore the cost of a $4 coffee. The $296 upside won’t appear in any spreadsheet.

Scenario: I call my bank about obtaining a loan for an investment. I have done my banking with them for more than 10 years. The person on the other end of the line asks what I’m after and says it all should be possible, if the information I’ve provided is accurate. They proceed to tell me I need to provide copies of all the information we discussed. It involves a menagerie of information they already have: income, expenses, credit cards, debt, valuations of houses and assets… the list is long.

I remind them I do all my banking with them and they already have this information. They explain that, for reasons out of their control, I have to provide copies of the information – that came from them – in hard copy – to them.

Disappointed, I remind myself that money is a commodity and can be obtained elsewhere, especially when service and effort seems optional from the provider.

Scenario: While watching free-to-air television, I see an ad for the pay TV company I subscribe to advertising a much better price and breadth of content than I currently receive. I call to ask for the same deal – I feel I deserve it as a long-time, loyal customer. I’m told that this deal is only for new customers as an incentive to get them to sign up.

I tell them to disconnect my service. They put me through to the retention team (this also tells me there is a problem with their marketing strategy). After a short discussion, I get the new, better deal.

I quickly write a blog post advising people how to ensure they get the best price too. The blog post blows up. I feel good, like I have done a service for society, and at the same time maybe reminded an old world firm that loyalty ought be rewarded, not derided.

Scenario: I arrive at the airport to check in for my flight. I’m told it’s delayed by three hours. I ask why they didn’t call or text me with an update. The person checking me in assures me a text was sent to all passengers. I proceed to show the person my phone, sans delay message. Despite my physical evidence, they tell me I am wrong: a message was sent – I must have deleted it or something.

It isn’t worth me returning home and coming back. To assuage the negative vibes, I ask for access to the business lounge as a way to endure the extended waiting period. The person I’m dealing with denies me the privilege, saying this decision is not part of their department.

I remind him of the logo on his shirt, and that I don’t deal with departments, just companies.

So, I resort to Twitter, make a public whinge to my thousands of followers and, like magic, I get a call from the social media management team. All of a sudden, my social media status gets me access to the business lounge. What’s interesting is that it took an entirely new cost infrastructure for reasonable service to occur. Maybe they could’ve just trusted people on the ground who had face-time with actual customers to make such decisions and saved some money?

Scenario: I want to participate in the modern economy and, although I’m not fond of the surveillance that goes along with all our smart digital technology, I’m left with little choice. The price of participation is to say ‘yes’ to things most of us can’t understand, things we know are written to be used against us if required.

The terms and conditions of modern life are written to obfuscate the true value of what we are handing over. At this point in modern history we have few options. Most people don’t even read the terms, and everyone knows it.

So, for now, tech companies get away with inventing their own quasi-legal, political and economic conditions via a public without choice. In doing so, they’ve invented global scale and dominance not seen outside the order of imperialist nation states. I remind myself that this is a temporary phenomenon; I grin and bear it.

But they too will eventually face the same service challenge.

The entrepreneurial opportunity of tomorrow is the arrogance of today. Choice will emerge, where the consumer disdain of the tech giants will form the brand proposition of the new challenger – it always does. Technology has a way of finding new ways to solve old problems and no company – no matter how bleeding edge – is immune to progress.

Previous Article
Will Netflix be the next merchandise giant?
Next Article
Building more productive industry-university partnerships