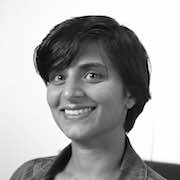 Unsure of how to present women to a Muslim audience in its 2012 United Arab Emirates catalogue, IKEA felt that the most efficient and expedient solution was to remove them from the pages altogether.

This omission went global quickly and created havoc – with negative coverage hitting the press in countries as diverse as the UK, Singapore, Australia, Sweden and Taiwan. The flat-pack furniture giant was forced to apologise and issue a statement explaining that excluding women from the Saudi Arabian catalogue was in conflict with IKEA’s group values.

All this could have been avoided had IKEA paid attention to the fact that the era of shallow globalisation is dead.

As our new ‘Truth About Global Brands’ study shows, driving a global brand today is more complex than ever. In the words of former Coca-Cola CMO Joe Tripodi, marketers must straddle a number of contradictions, including being great storytellers but doing it at scale. Quite simply, every local action has a global reaction.

Brands – whether regional or global – must now go deeper and develop deep culture networks, deep cultural knowledge and deep media savviness. Think of this, if you will, as a new era of ‘deep globality’.

While globalisation is something that happened to a market, globality is something that happens with a market. It’s a bridge between global and local, and it works well for brands as well as consumers. It’s no longer a one-way conversation in which brands can ignore the culture they are entering; globality is about thoughtfully spreading a brand, idea or movement in a multi-market capacity while actively enriching the receiving culture.

In this environment, the traditional way of viewing our world through regions (APAC, EMEA, and the like) is out of date. Instead, we should be honing our pattern recognition skills to best uncover shared cultural behaviours between countries across key universal human truths: connections, love, success, purpose, and discovery. For example, there is an uncanny correspondence in the findings for Japan and the UK, especially in the areas of digital behaviour, lifestyle issues and motivation.

While the greatest benefit to living in a connected world is the ability to learn about other cultures, over half of the globe cites loss of local culture as its greatest downside. This tension is even greater in Australia: the majority of Australians have an internal struggle with their identity – we say/think one thing, but do another.

For example, we say we want to support local businesses but we still choose global brands, especially when it comes to technology and vehicles. While Aussies seemingly rallied behind Holden as an Australian car manufacturer, they still didn’t purchase Holden cars.

Most Australians tend to identify as ‘reluctant globalists’, a truly conflicted group. While this group chooses to consume a significant percentage of brands and media from outside the country, it also feels least positive about the idea of globalisation. This discontent arises from concerns of losing their culture and national identity.

With the rise of more and more local brands in Australia, from jewellery line Samantha Wills to Napoleon Perdis make-up, Penny Skateboards and more, it has never been more important for global brands to find newer and better ways to keep consumers’ attention, while respecting and embracing the differences within the country’s market. The ‘Truth About Global Brands’ study highlights the need of brands with a global footprint to consider the inevitable shift to globality, and the need to earn their way into local culture while actively enriching (not reducing) that culture.

Interestingly, while 85% of people believe global brands have the power to make the world better, they also feel that their relationships with brands are currently one-sided; believing they are not getting much in return.

In this new brand-consumer relationship, brands are expected to have more than mere transactional interactions with their consumers. A great example of this is Australian sportswear brand Lorna Jane, which strays beyond merely selling running tights and hoodies to promoting holistic wellbeing via its Move Nourish Believe platform and content hub, including aligning with key partners to provide added benefit to health-conscious Australian women.

Creating greater relationships with people involves knowing what unites human beings; where people get information; and how a brand earns its way into people’s lives. It’s time to get serious about understanding global and local cultures and using that deep cultural knowledge to enrich the lives of consumers and to benefit our brands.