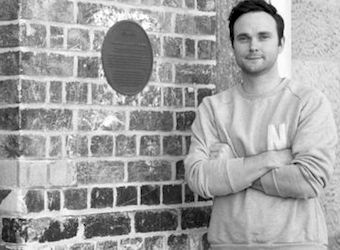 What makes everybody want to be a strategist or think they could be a strategist? Grant Flannery ponders this question, but suggests that next time you’re sitting in a presentation, think about all the work that didn’t make it into the final slide deck.

As I walk around the office I often get asked ‘How did you get into strategy?’ Maybe this is because I am new, maybe because I just had a shave and people think I’m 14 years old and a work experience kid, maybe because walking around is all people see me do, or maybe (and I would like to think this is the reason) because everybody wants to be a digital strategist.

The conversation starts off in a fairly boring way with me describing how I moved from client-side strategic marketing to being a suit agency side and then into strategy. But once I start explaining what we do in strategy, suddenly everybody wants to be a strategist, or as I often hear them say, ‘could be a strategist’. That’s what my colleagues say, usually after I have spent days or weeks working on a keynote or brief that I feel will change the world, but in reality probably just sits in someone’s inbox once they’ve read the summary slides or first three lines of the brief.

So it raises the question: what makes everybody want to be a strategist or think they could be a strategist? Is it because they see us ‘strategists’ staring out a window to see if the perfect customer value proposition will pop into our head? Or is it because they think all we do is surf the internet at the pub, look at cool stuff and come up with amazing ideas that the client will buy on the spot.

To be honest I’m not really sure. Perhaps it’s because a strategist’s output can often look so simplistic when laid out in a perfectly designed slide deck or brief template. But what most colleagues (and clients) don’t know is that, to create that slide deck, we have:

It is true that most people probably could be a strategist or think very strategically but it’s also true that it’s easy to look at the final product and think, ‘Is that all? It’s pretty simple, I could’ve done that.’

The hard part is making it so simple! So I ask all my agency friends, the next time they see the PowerPoint or Keynote their strategist has put together, think about the words and pages that are not in the presentation and not only about the ones that are. As a very wise man once said, ‘It’s not what is said in the meeting, it’s about what isn’t said in the meeting.’

So I have had my little rant and hopefully given some interesting insights and I want to encourage everybody that has an inkling that they could be a strategist in digital or traditional to really give it a shot. The life of a strategist is both fun and painful, both understood and misunderstood (that’s just they way we talk), but overall it really is a great area to be in and to be honest, it’s so hot right now.

Grant Flannery is digital planning and social media director at The Monkeys. An award-winning advertising strategist, he helps clients realise what it takes to create a world-class interactive experience that influences online and offline behaviour to drive business revenue and innovation. For more frequent updates follow him on Twitter @grantpat.