What marketers can learn from spam

What marketers can learn from spam 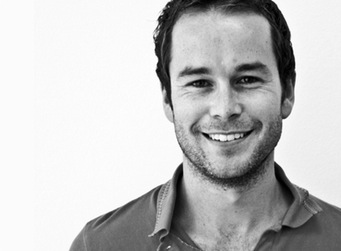 There are around 200 billion spam emails sent every day. Recently, a surprising proportion has landed in my inbox. Perhaps more surprising is that I’ve started reading it. On lonely days when I’m working from home with no-one but the postman to keep me company, it’s comforting to know that Nancy from Florida thinks I’m important and special enough to write to. As she puts it, “Friendship is just like life itself, it has no formal and informal beginning, it comes when you less expected it, it starts at any time, anywhere.” My mates never say anything like that.

But then, when it comes to building relationships, we all have different styles. Brigid from Toronto, for example, was somewhat shy when emailing me out of the blue last week: “I`m aware that this may seem like an unconventional approach to starting a friendship,” she wrote. “Not at all,” I replied. “Randomly emailing people I don’t know is how I’ve made most of my friends”. She then asked me for my credit card details which, while a little forward, is not too dissimilar to how my face-to-face relationships usually unfold. We’ve promised to keep in touch.

Mr Charles Norbet, on the other hand, is more of a thinking-man’s spammer. His subject line is usually “Can I trust you?” which is really quite clever. What he’s done there is flipped the whole scenario around. Because a lot of people would instinctively label him an untrustworthy, despicable con artist. What they haven’t considered is his point of view; can he trust the people he is scamming? Fair play to him for being cautious, he’s no doubt been burnt in the past.

Some spammers come across as quite direct in their language, maybe it’s a cultural thing. Mr Koumba Zak started off his email to me with “READ CAREFULLY”. I’m not sure of the need for shouting – I read all spam carefully – but guess you’ve got to cut through the clutter somehow. Director Umah, meanwhile usually opens with the words, “with due respect” which always makes me think I’ve done something wrong. I generally try to make it up to him by buying whatever he’s got for sale (last week, shuttle buses! Still waiting for delivery).

Lately I’ve noticed that a lot of spammers have names very similar to popular politicians, which is a coincidence. Mr Noble Abbott emails me quite a bit (Tony’s morally righteous brother I suppose) as does Carlos Churchill (Winston’s long lost South American grandson). I can only assume that Nancy Howard, who is in touch quite a bit, is some kind of right-wing wet dream. Either that or John is emailing me under a nom de plume. I suppose he values his privacy.

I usually steer clear of all the Viagra and enlargement pill spam – obviously they’ve accidently emailed the wrong guy, no harm done there. But, interestingly, I’ve recently discovered that they’re not always just about sex. Just yesterday I received a note from a company called Enlargement Supplement Services with a subject heading “Oil prices are about to drop”. Turns out the email itself, once I clicked on it, was entirely about Viagra and enlargement pills, but it was useful to know about the state of the oil price all the same; they didn’t have to pass on that info for free.

Speaking of generosity, I get a lot of mail from people wanting to use my bank account to off-load substantial amounts of cash that they’ve unexpectedly inherited. No wonder those African countries are still so poor – every time they fall into some money they want to give it away to Westerners! Keep it for yourself I tell them! But they are quite religious. And insistent.

Not that I take all spammers seriously. Obviously not. I know a dodgy spam email when I see one. Like when I received an email from myself – as in, from my actual email address – suggesting that I buy a Rolex watch at less than half the retail value. Was it possible that I had actually, in a daze, sat down to write an email to myself telling me to “act fast” and buy a watch that I didn’t need? Not really, no; I haven’t come down in the last shower! I responded saying I wasn’t interested.

So is there anything email marketers can learn from spammers? Well of course. Use emotive language, always have a good offer, try a range of different subject lines, don’t be afraid to ask for the sale and, most of all, make sure your list is full of desperate, lonely people who work from home.

James is a freelance copywriter from Melbourne, working for a range of Australian brands and agencies. He's also written for titles like The Age, The SMH and The Independent on important issues like how Parliament could be turned into a reality TV show, why being famous is the new being an astronaut and why your company didn’t invent the iPod.

Previous Article
WSJ: Apple to ‘erase the distinction between live and on-demand TV’
Next Article
Food Wars: what the hell are you going to do when you’re caught in the middle?