Will your mobile strategy fall off the cliff?

Will your mobile strategy fall off the cliff? 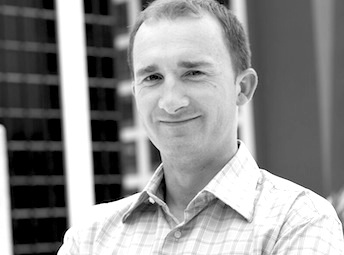 Over the years, I’ve been watching with great interest the rise and fall of mobile manufacturers and operating systems.

When our mobile company was established in 2003, Nokia was the dominant player, with its simple Symbian operating system. Then BlackBerry became the choice for many, before Apple and Android secured most of the market. Both picked up the approach adopted by Danger Sidekick, one of the first devices to enable the purchase of apps through an online store.

There’s been a lot of change in a short space of time. As this article points out, change is rapid. Handset makers and operating systems are subject to cliff theory: they might do well for a while, but at some point circumstances will cause sales to plummet. It’s hard to imagine such a quantum shift with today’s players, but you never know. We can certainly be sure that the landscape will continue to see change.

In some ways the most secure device manufacturers are those who have not aligned themselves to a specific operating system (OS). When one OS falls out of favour they can continue to provide the devices. It’s not a luxury afforded to Apple, or even Nokia now it has partnered with Microsoft to use Windows. But who knows who will dominate the market in a few years time?

For content providers cliff theory highlights the need to provide your experience across all devices. Building an iPhone app is one thing, but what about the remainder of the market? What happens if iPhones fall out of favour? Even though it’s achieved massive penetration in Australia Android is growing rapidly. You also can’t discount the fixed and mobile integration advantages of Windows 8, particularly when you’ve experienced the latest Nokia Omnia 800 or 900. Right now it comes with Windows 7.5 which has matched Apple’s ease of use and the device itself is sleek and feels good to use. It’s hard to pick a winner isn’t it?

Dominos Pizza is a great example of a company that has protected itself against the fall out of cliff theory. They offer customers one of the best mobile experiences in the market, with a solid mobile site and apps available for a range of devices. By maximising their reach in this way they have grown sales, increased customer feedback and improved their speed of delivery to customers. More and more companies are seeing the benefits of engaging with customers by adapting apps and content for multiple devices.

Any mobile strategy needs to consider the devices that your customers use, while being cognisant that change will occur. As the saying goes, I’m not saying it will happen overnight, but it will happen. And when change happens in this space it tends to be quicker than you’d expect. Unless you have a solid approach large amounts of your customers can be left without an optimised experience. These days that could be disastrous for business outcomes.