Women paid less for same contribution to work, and sexism is to blame – study

Women paid less for same contribution to work, and sexism is to blame – study 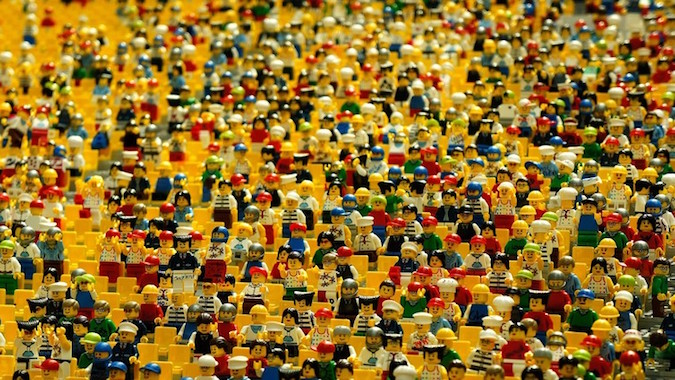 This article originally appeared in The Conversation.

Women are being paid less to do the same job as men, judging by the productivity of male and female employees. Our study found that women are paid 16% less for making a contribution of the same value to their employer.

We used wage data and productivity data from the whole of New Zealand to look at the reasons for the gender wage gap. We found that sexism (where employers prefer to hire men rather than women, are more likely to reject equally qualified women, or offer women less) is likely to be the most important driver of the gender wage gap. This is opposed to women working in low-paying industries or firms, being less productive, or being less successful at bargaining.

In our examination of the whole economy, we found that women are over-represented in low-paying industries such as food and beverage services and aged care, but that this explains only 7% of the entire gender wage gap. If you add the fact that women also tend to work in low-paying firms, we can say that 12% of the overall gender wage gap is due to the particular industries and firms where women work.

Our study then looked at productivity and wages of men and women in private for-profit firms with at least five employees. We looked directly at how the output of similar firms varies with the gender mix of the employees, and used this to infer the relative value male and female employees add to their firms.

When comparing men and women in the same industry, we found they were statistically indistinguishable in how much value they added to their firms. Yet, for work of the same value the average woman in the private for-profit sector was paid only 84 cents for every $1 paid to the average man.

It’s not just a trick of the statistics

Next we explored the potential causes of the gender wage gap. We found no statistically significant differences between men and women’s productivity on average in the private for-profit sector, however in some industries the productivity of men and women did differ.

One possibility is that employers could stereotype women as being less productive than men, and pay them commensurately with their value only once they had had a chance to demonstrate their productivity. This is known as statistical discrimination. If statistical discrimination were driving the unexplained gender wage gap, women with more labour market experience or more years with the same employer, and thus more opportunity to demonstrate their productivity, would be paid similarly to equally productive men.

Our research shows women in their first year with their employer are not paid significantly less than equally productive men in their first year. However, in their second and subsequent years women are paid over 20% less. Similarly, the unexplained gap is greater among older age groups. That is, women who have had the chance to demonstrate their worth to their employers nevertheless face a larger wage-productivity gap.

This is the opposite to what we’d expect under statistical discrimination, which suggests that the gender wage-productivity gap is primarily driven by something else.

If women are less confident than men at bargaining with their employers for higher wages, women may end up getting paid less to do the same work, even if employers are not prejudiced against female employees. Bargaining is expected to be more important when the labour market is tight and prospective employees have better alternatives if they turn down a job. The intuition is that when the labour market is tight, workers need to be offered higher wages in order to not walk away from the job, so firms are hurt more in this situation if they post vacancies with fixed wages than if they post vacancies with negotiable wages.

If gender differences in bargaining were the main driver of the gender wage-productivity gap we would expect this gap to be larger in industries and during periods of time when firms have more difficulty hiring.

We found the gender wage-productivity gap was particularly marked in a few industries. For example in finance and insurance, transport equipment manufacturing, telecommunications, water and air transport, and electricity the gap was over 40%. These are all sectors that have the potential for monopoly-created profits and have low competition.

When we looked systematically at how the gap varied across industries and time periods that differed in terms of worker skill level, firm competition and difficulty hiring, we found a large gap where workers are highly skilled and firms face low competition. Within such industries, the gap is larger when firms find it easy to hire skilled workers. This suggests that sexism is likely to be more important.

Our research shows the main problem is not that women work in low-paying industries or are less productive than men. It’s sexism, including preferential recruitment of men and lower offers for equally qualified women.

We are encouraged by the ability to use this kind of analysis to better understand other workplace discrimination. The methodology should be very useful in examining wage gaps of all kinds.

We hope, in the future, to look at differences by characteristics such as immigration status, ethnicity and family status.