Jack Daniel’s celebrated its founder’s birthday by getting its fans’ hands dirty – calling tradespeople to come together to construct ‘The Bar that Jack Built’ in return for payment in whiskey. There were three main parts to the campaign: the collection, the construction and, of course, the celebration at the finished bar.

Campaign: ‘The Bar that Jack Built’

With an explosion of new craft whiskeys at one end of the shelf, and big spending competitors at the other, Jack Daniel’s wanted a campaign to remind drinkers what makes the brand so special.

September has always been a key time of year for Jack Daniel’s to talk to its heartland audience. September is Mr Jack Daniel’s birthday (no one knows the exact date he was born, as his birth records were lost in a fire over 140 years ago), so the whole month presents an opportunity to both celebrate and reconnect with the brand’s audience. 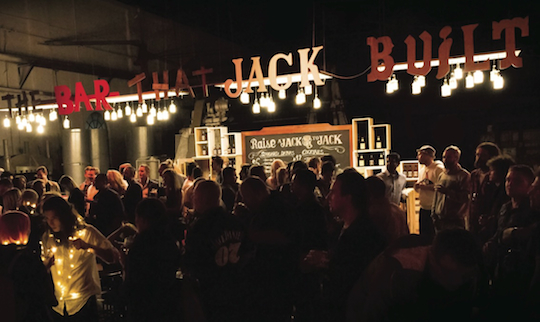 The campaign’s key objective was to up engagement among traditional whiskey drinkers and keep Jack firmly on the map.

A secondary consideration was to make sure the idea punched above its weight, cutting through the clutter of an increasingly crowded category.

We would use Jack’s birthday month as a charm offensive to talk to the audience.

Digital and social media were by far the most cost-effective ways to do that, but a significant problem was the typical Jack Daniel’s fan is an unpretentious, everyday bloke who sees right through advertising bull***t. We quickly realised the campaign would only be successful if it was shareable online, but founded in tangible simplicity.

The other notable thing about the core target audience is that they are down to earth doers, who like working with their hands, in sheds, out the back, restoring loud things with power tools. If we really wanted to get their attention we should follow suit.

And what better way to do that than by getting them to build the ultimate man cave dream – a living, breathing bar – in honour of Mr Jack Daniel’s 164th birthday. And not just any bar, this would be a bar founded on a love of whiskey, where every contribution was paid for not in dollars but in Jack Daniel’s.

We called it ‘The bar that Jack built’ – a campaign led by social, but with exactly the kind of real world substance that would appeal.

Focused on Jack’s September birthday it would culminate in a grand opening party at the end of the month for everyone who helped make it happen. 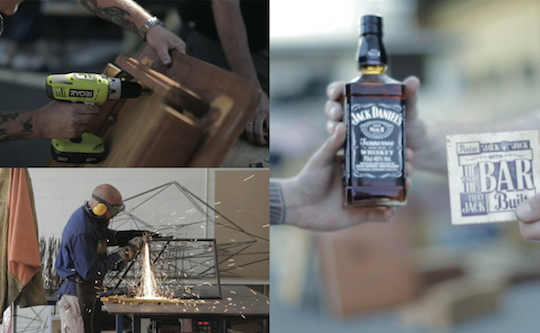 In the lead-up to September Jack Daniel’s put the word out on Facebook, introducing people to the concept of ‘The bar that Jack built’, with a call to arms for anyone who could help and didn’t mind being paid in whiskey. It turned out quite a few people liked the sound of honest work for honest whiskey.

There were three main parts to the campaign: the collection, the construction and, of course, the celebration at the finished bar.

Following the first general shout-out for materials, we put more specific posts on Facebook for wood, paint, tables, chairs, old doors, pallets, stone and lighting etc. It was a constantly evolving process with different donations coming in every day.

Despite the fact that this was essentially a volunteer project, Jack Daniel’s was keen to ensure the production values matched that of the brand every step of the way, so we also did a shout-out for a special collection truck that would be the face of the collection, worthy of the Jack Daniel’s name. We were inundated with responses as people offered beautiful vintage utes, flatbeds and trucks for the chance to get involved (and get some whiskey, of course). Finally we settled on a mint condition 1940s Chevy flatbed pick-up that came with a couple of drivers, for a case of Old Number 7. This was the first proof, if any were needed, of the brand’s cachet and the appeal of the idea.

In order for the campaign to gather momentum as it developed, the entire process was being documented through Filmgraphics Entertainment (which, along with the agency, wasn’t being paid in whiskey). However, in response to the initial shout-out we were also offered the services of another production company – Hired Gun Productions – which was keen to get involved and happy to take whiskey as payment.

This effectively meant we had a second production unit for free and were able to gather much more footage than we had anticipated, releasing more content, more often and using it to recruit more volunteers to the project.

One such company was Penrith Rubber Stamps, which offered to print the invitations to the opening night in exchange for an invitation itself, a bottle of Old Number 7 and a shout-out for the company on social media.

Despite the campaign being localised to the Sydney area, such was the enthusiasm to get involved, people drove from as far afield as Goulburn, Mudgee and Kempsey to take part. We had a host of professionals doing things like lighting, set design and welding off-site, but held one general workshop day in central Sydney where anyone could come down, lend a hand and get stuck in. We even crowdsourced a chef to keep the workers happy.

On this day we made general furniture from some of the things that had been collected during the previous two weeks – improvised tables, stools, chairs and lampstands etc. From a design aesthetic, it was important that the bar had a look and feel consistent with the Jack Daniel’s brand rather than being just a collection of random donations and the pieces became self selecting as the bar took the form of an eclectic, contemporary drinking den.

We also engaged 10 professional artists with a brief to paint a portrait of Jack, which we would display in the bar on the night. Again these 10 portraits were done for a bottle of Jack each, such was the pull of the project and the brand.

The event itself was held on the last Saturday in September at Sydney’s Technology Park – an ex-foundry with huge industrial presses and metal working machines from times gone by. It was the perfect fit for both our audience and the masculinity of the Jack Daniel’s brand.

The party was the culmination of six weeks of hard work, enthusiasm, generosity and love of Jack, which resulted in the world’s first crowd sourced bar. It was also testament to the reinvigoration of the brand among the audience. Everyone who had donated their time, skills or materials was there, including the entertainment for the night.

In addition to a professional radio presenter who emceed, three well-known bands had answered the call to come and play – in true rock and roll style for a case of whiskey each. The Fumes even flew down from Queensland under their own steam and donated a single from their upcoming album to be used as the soundtrack for the content film of the night. 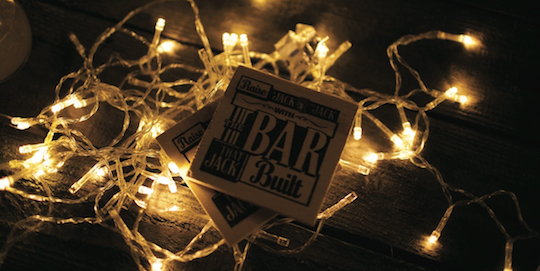 The campaign is documented on Jack Daniel’s Facebook page and the comments from both participants and non-participants show how well it was received.

All in all, people donated $178,000 worth of their time, materials and expertise. On top of that the campaign earned an additional $84,500 in PR (on a budget of $0). Engagement was also a key metric and ‘The bar that Jack built’ outperformed the previous year’s campaign by over 260 percent. Not bad for 286 bottles of whiskey (or $6356.96)

The campaign was recognised at the Reggies, the Award Awards and by global experiential awards program the Ex Awards, where it won for Best Single Market Event – Consumer. The idea has now been rolled out to other states.

Tags:
Previous Article
Six lessons from the front line of marketing research
Next Article
Four steps to taking the mystery out of sales team management