Yahoo buys Tumblr for a reported $US1.1 billion

Yahoo buys Tumblr for a reported $US1.1 billion 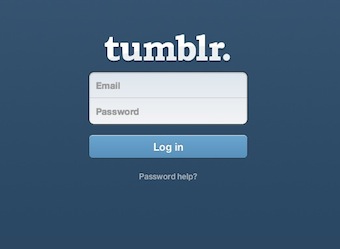 Yahoo’s board has approved a deal to purchase the popular blogging platform Tumblr for $US1.1 billion in cash following the move made by new chief executive Marissa Mayer to bring Yahoo back to younger internet users.

It’s good news for Yahoo who recently failed in a bid to take over the online video site Dailymotion after the French government, which owns a stake, intervened.

With more than 108 million blogs, 50 billion postings in 12 languages and 175 employees, the website ranking site Alexa lists Tumblr as number 32 in terms of global popularity.