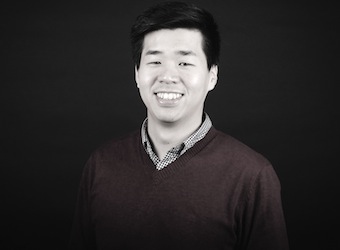 Ken Chan, senior copywriter and content strategist at DT, on what the making of Tarantino’s classic film can teach us about creating content that lasts.

What does it take to create content that stands the test of time? It seems there’s so much emphasis and advice these days about going viral and discovering the next big thing – but if we truly value content as ‘King’, shouldn’t we pay some attention to creating stuff that will last?

Back in 1994, no one cared what the French called a Quarter Pounder with Cheese, Ezekiel 25:17 was just a dusty Bible verse, and ‘chronological’ was the only way to watch a film. Then Quentin Tarantino dropped Pulp Fiction on the world. Now here we are, 20 years  –  and countless awards, imitations and parodies – later, and Pulp Fiction is still as relevant to pop culture as ever.

So what can Pulp Fiction teach us about creating timeless content? In honour of its upcoming 20th anniversary, here are a few choice quotes from some of the key players behind the making of this classic.

Learn from the greats

“‘How the hell did you come to write this?’ And [Tarantino] said, ‘I watch movies.’” – Harvey Keitel (Actor)

Finish as strong as you started. As the redundant-saying-I-just-made-up goes: Victors are decided at the finish line, so don’t quit until you cross it™. You can come flying out of the gates with an amazing premise, but if your follow-up is weak, wave goodbye to your audience. Great content grabs you by the throat and refuses to let go until it’s good and ready to do so.

Go with your gut

“‘That scene is really over the top and you’re going to get blowback.’ [Tarantino] said, ‘But it’s funny!’ It turned out he was right.” – Danny DeVito (Producer)

Trust your instincts. Great content carries an internal sense of integrity both in its tone of voice and mastery of the subject matter. People may come for the information but they’ll stay for your style. So be willing to take calculated risks to define not just what you’re saying, but how you’re saying it: push envelopes, toe lines and trust that your audience will come along for the ride (you’re still reading… right?)

“I kept trying to lower [the studio’s] expectations, because I couldn’t imagine it was going to be a smash.” – Quentin Tarantino (Writer/director)

Once you’re done, let your work speak for itself. Loud mouths and big egos can weigh down potentially great content with unrealistic expectations – or simply put people off. So play it smart: always under-promise and over-deliver. By all means, put everything you have into the process of creating great content — but once you’ve finished, graciously accept that your audience will decide its fate.

“Do you think you’re going to give this part to somebody else? I’m going to blow you motherf***ers away.” – Samuel L. Jackson (Actor)

Create with confidence. When you sit down in front of that keyboard or camera, tackle the task as if you’re the only person worthy of an audience. Yes, it’s important to keep your ego in check – but if you don’t hold a basic belief in your own ability to deliver the goods, what makes you think anyone else will? Be your own toughest critic and wildest cheerleader. More often than not, striking the right balance can lead to something of value.

Making great content isn’t some glowing enigma stashed away in a suitcase. It simply takes time, hard work, a generous pinch of luck – and a healthy respect for the power and value of content.

So the next time you’re tempted to churn out derivative click-bait filler, invoke the spirit of Mr. Jackson and ask yourself: