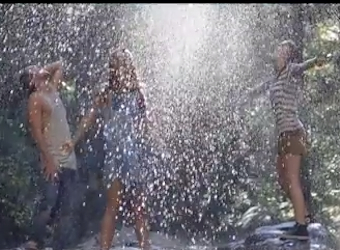 Water brand Mount Franklin yesterday launched a new campaign created by McCann, that features 45, 30 and 15 second TV spots that aims to “bring to life the feeling consumers get when they drink ‘Mount Franklin’ on a hot summer’s day.”

Alongside the TVC launched on Sunday, the campaign will be supported through advertising on YouTube, in cinemas and key magazines titles, as well as through a national social media campaign and in-store point-of-sale.

The campaign coincides with the launch of the 2014 Australian Open where Mt Franklin is a major sponsor.

Anne Joly, senior brand manager at Coca-Cola Amatil, says: “With this spot we wanted to capture the purity and refreshment of ‘Mount Franklin’ as Australia’s premium spring water in a beautiful and unique way. The return of ‘Mount Franklin’ to screens comes at a peak time for the brand with summer and our sponsorship of the Australian Open 2014 in full swing.”