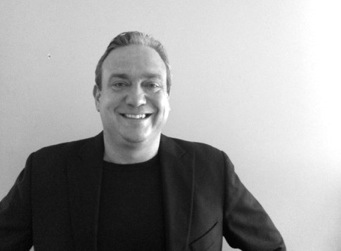 It’s been an interesting month in the content marketing space, with the announcement of SingTel purchasing local restaurant review site Eatability. This comes off the back of Google purchasing the well-known restaurant rating juggernaut Zagat last September. They’ve since used their content and ratings system as one of the cornerstones of Google+ Local.

There was a lot of discussion around major brands owning media as part of their overall strategy to engage their existing and potential customers. This raises three interesting questions:

Lets start with the last question first as it’s the easiest to answer!

Will these deals become more commonplace in the future?

I have no doubt that brands will continue to purchase content-rich assets to add further value to their existing relationships with their customer base. They will also use them to attract existing clients from the media asset.

Its also makes sense in the way that consumers are now absorbing content. The days of interruption-based advertising are over. I had a great discussion with a colleague recently who was raving about watching the latest series of Breaking Bad with his friends and family (the kids were asleep). They all agreed to have dinner first, record it and watch it later in the evening when they could fast-forward through the advertisements.

This led me to ponder the fact that you don’t fast-forward through content, because that’s what you’re there for – the content, not the advertisements.

I believe that deals such as SingTel’s purchase of Eatability will become more commonplace as traditional media companies shed content producers and editorial staff. The brands will continue to buy content-rich assets like Zagat and Eatability while hiring those very same individuals the media organisations have let go in order to maintain the quality of the content within those assets.

I also believe that purchasing habits of online consumers are changing from what was called interruption-style advertising through to more considered, researched processes. Google calls this the ‘Zero Moment of Truth’. If they’re right about this, brands will need to own more media assets as the key buying time is just after they’ve researched the product. How do consumers research the product? Generally, content-rich assets…

Will consumers trust the brands they are already engaged with more than they would the media?

However, I think the consumer is also more cynical these days and will smell a rat – this has certainly been true with the daily newspapers and the sides they take in the political battles.

There are no hidden agendas anymore. Like custom magazines in the early 2000s, content-rich, brand-owned assets hold an important place in the education and purchasing processes of the consumer, and they can compete with their media counterparts on many levels.

American Express has been the poster child for many years, with OPEN Forum being a great resource for small business owners throughout the US. BabyCenter has told many parents (and parents-to-be) what’s in store for them, and that’s a great gift from J&J. Closer to home, Qantas has just launched Hooroo.com, and Tourism Australia has used its content-rich assets to sell this great country of ours!

Is there a power shift from traditional media who are shedding staff to look and act more like publishers and media companies?

I think that you only need to look on the local job front to get a feel for the amount of organisations that are now hiring content strategists, content producers and journalists. Brands have realised the value of content and they will continue to develop it to engage with their customers and rank well on search engines.

As they continue to do this, consumers will follow – in the same way they will desert media organisations who value balance sheets over quality editorial. The power shift isn’t about to happen, it’s happening right now and it’s going to be an interesting ride.