Branded content desired but has little influence on savvy consumers

Branded content desired but has little influence on savvy consumers 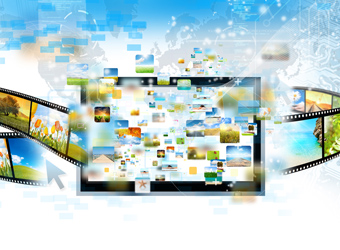 A study in the US has found that branded content does not have a major influence on purchase intent among consumers.

When asked if they felt more inclined to buy an item promoted in branded entertainment in a study conducted by Edelman entertainment unit Matter, only 15% responded in the affirmative, while 33% said no and 42% were neutral.

The study, conducted in conjunction with insights group StrategyOne, surveyed 1000 adults, finding that one third of respondents perceived branded entertainment to be ‘valuable’. A similar proportion (31%) ‘expect’ brands to provide free online content, and a further 30% ‘want’ brands to entertain them.

Branded content was more likely to be seen as valuable by younger age groups, with 52% of 18 to 34 year olds appreciating it. This age bracket was also the most likely to seek such material out and seek out brands behind the entertainment.

However, brand fit was perceived as crucial by the respondents, and an area where many often come unstuck. When assessing branded entertainment, 47% of participants agreed it must ‘fit’ the content, while 44% suggested it typically felt ‘forced’ and 30% found it ‘overwhelming’.

Many also find branded content to lack authenticity, with 7% of the sample describing such material as ‘poor’ and 24% believing it held no worth whatsoever.

General manager of Matter, Andy Marks, says brand funded content is becoming more prevalent, with some of it compelling, and some not. “Creating and curating content, or integrating into existing entertainment must be approached strategically in order to ensure integration is organic and unobtrusive,” Marks says.

With only 15% of respondents having never knowingly seen branded entertainment, awareness of brand sponsored material was high in the US. Several notable cases of branded content, such as McDonald’s McDonald’s Gets Grilled which aired on Channel Seven recently, have gained public attention in Australia.

If local consumers hold similar attitudes to consumers in the US, many are keen to see more entertainment sponsored by brands. In the US, 27% wanted to hear more from brands supplying free online content, and 20% felt it gave them access to content they could not otherwise see.

The study also found that 16% of respondents comment on social networks about branded content before and during viewing or listening to it, and 34% do so after watching, offering brands a chance to stay involved with consumers.

In conclusion, Marks adds, “When dealing with audiences who want and expect to be entertained, working with creative and strategic partners who understand how to strike the right balance within the creative process between delivering entertainment value and highlighting brand attributes is critical. If done correctly, branded entertainment can be a powerful vehicle to make deeper connections between brands and their audiences.”