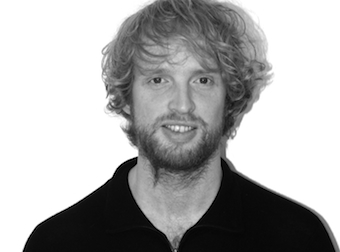 It’s time to accept Facebook has become another paid media vehicle, writes Tom Ollerton. Those with deeper pockets have the advantage, of course, but that doesn’t mean social creativity doesn’t triumph.

Facebook used to be the place I went to see what important things were happening with those I was interested in. That was its USP. That’s why I liked it. But recently a friend announced his engagement on the site and despite being on the platform on a regular basis I didn’t see this story till it got over 80 likes. So what’s going on?

Last year, Facebook allowed ordinary users to use the Promoted Post feature to advertise their posts to their own friends. That’s right: pay hard cash so your own friends will see your updates. This is in stark contrast to YouTube, who will actually pay you if you create great content.

The reason for this is because Facebook was perfect. You listened to your audience, worked out what they wanted and gave it to them. Boom – mega reach, for free. But there is a supply and demand issue. You only have one Facebook feed and, on average, 250 people and 50 brands vying to get in front of you.

Although the average time spent consuming digital media in a day went up to 5.6 hours last year thanks to mobile devices filling in the gaps on our commutes and visits to the bathroom, there are never going to be more hours in the day, and the amount of content being produced is still exploding.

We’re rapidly approaching the limit to the amount of content we can take onboard and as Facebook is the most sought after venue for that content, something had to give. One solution for brands is to create amazing, jaw dropping content that stands out from the crowd and will naturally spread like wildfire.

The problem is that producing the kind of high end content that gets shared isn’t cheap, and is never a guaranteed success. You may remember Red Bull chucking a bloke out of space – good luck competing with that if you’re a deodorant brand.

So, the natural evolution was for Facebook to become a predominantly paid media channel. The platform has admitted it itself, revealing last December that it will become more important for brands to invest in paid media to be sure that their posts reach their communities. And like all paid media channels, those deep pockets will muscle out small players in the same way they do in traditional media.

However, it’s not all pay to play. Investing in paid media on Facebook as part of an overall social media strategy is essential but certainly not a not standalone activity. While you can pay for eyeballs, if users don’t like what they see they won’t share it, and you’ll end up with far worse return on your investment than if you create truly social content.

Great content that generates a high level of engagement spreads quicker and reaches more people, given the same level of media investment. No marketer would consider it an effective strategy to spend millions on prime location billboard space in Times Square and fill it with a bland, cheap advert.

As brands start noticing their organic Facebook reach fall, the solution isn’t to panic and pull investment from creative content, and plough it into paid media. Take a balanced approach. Study your target audience and use creative content that’s appropriate to those you’re trying to communicate with. Once you’ve got that right, it’s then time to throw some paid media fuel on the fire.

Tom Ollerton is global marketing director, We Are Social.

Tags:
Previous Article
Celebrating dads, sleep and the moon: the best branded content from July 2014
Next Article
Valos Advantage: Why some CMOs are more successful at brand management than others