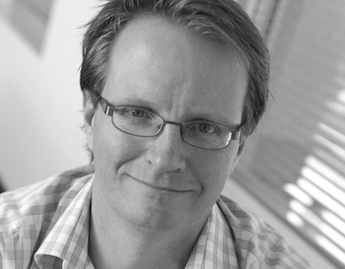 Kevin Rudd may be back but I’m not sure it heralds the beginning on a new era of enlightened and dispassionate reporting in the news. The relentless and disrespectful personal campaign against Julia Gillard is but one example of how traditional media is obsessed with personalities, froth and gossip. Not to forget the endless reporting of polls.

In this election year, where is the meaningful policy debate and discussion in our newspapers and news websites? In the place of factual reporting we are served a daily dollop of unashamedly partisan opinion. It’s on par with the tittle tattle of celebrity gossip mags.

It’s hardly surprising then that Australians are consuming significantly less traditional media and replacing it with their own personally curated news and content. While friends, acquaintances and colleagues share a large number of political news stories and posts, it’s easier to filter out rants and raves and see one-sided opinion for what it is. On social networks, your friends aren’t selling their opinion and interests as news.

According to 2012 data from Experian Marketing Services if the time Australians spent online via personal computers were compressed into one hour, 14 minutes of it would be spent on social media, while just four minutes would be spent on news.

To illustrate this point, the figures published by Hitwise on the number of visits to the top three news sites in the country for the week to 22 June 2013 look like this:

Compare this with their data on visits to social media sites over the same period:

With the election coming some time later this year, I wonder if team Rudd or team Abbott understand this, and more importantly, can take advantage of it. After all, if you can’t get a fair hearing across traditional media, there are other, more potent means.

Cast your mind back to the US election last year. Even as late as the morning of the election, Romney’s senior advisers were certain that he had the numbers to win decisively. It wasn’t a matter of being cautiously optimistic, they were supremely confident. A massive fireworks display was set up to initiate the victory celebrations for Romney in Boston.

Back at camp Obama, confidence was also high. They too had done their numbers.

By the middle of the afternoon on Election Day campaign workers in the Romney camp were reporting a surprisingly large voter turnout in areas that favoured President Obama. States they had expected to be called early were not. Pennsylvania went to the President, then so did Ohio. The Romney camp couldn’t believe they had been so wrong.

Team Obama’s confidence was well placed. Rather than relying on their ability to sell their policies and encourage supporters to get out and vote via traditional media, they chose instead to crunch data, combine biographical information with consumer habit data, and micro-target voters with breathtaking speed and efficiency.

This data also helped inform and drive the campaign’s media buying, and helped them create detailed models of swing-state voters that were used to increase the effectiveness of everything from phone calls and door knocks to direct marketing and social media.

Using insights from complicated data modelling, team Obama avoided the traditional route of buying ads in local news programming and instead counted on Obama’s 50 million or so social media connections to spark a network effect. It was the same data analysis which led them to buy advertising, to great effect, during unconventional programming, like Sons of Anarchy and The Walking Dead.

At this stage, the election here is looking like a decidedly one-sided affair. But both the major parties would do well to take note of the Romney-Obama result and the unconventional electioneering techniques used by the victor.

Does either party know, for instance, how many voters in urban areas are more likely to use a mobile phone than their laptop as their primary means of internet access? Or who is using Android v iOS devices and which social networks are preferred by swing voters in crucial seats?

If the US experience is any guide, they should. Data mining and social insights can win elections.