From bedroom to birthing room: Aussie blokes fine with ‘papping’ the inappropriate

From bedroom to birthing room: Aussie blokes fine with ‘papping’ the inappropriate 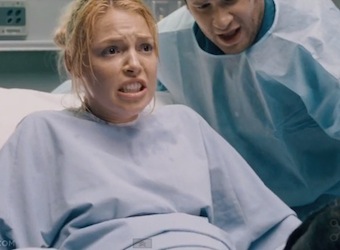 A Newspoll survey of 1200 Australians aged 18 to 64 has found that just over one in 10 Australian men believe it is acceptable to share pictures of the most inappropriate moments online, from snapping intimate sexual encounters, to women in the midst of childbirth (hopefully it’s their partner).

The poll also found 13% of Australians think posting an image from a funeral is fine, and around a quarter believe uploading a fight or accident scene where people are hurt is acceptable.

Uploading an image of a stranger who is unaware their picture has been taken is also fine, apparently, to 15% of Australians.

Men find uploading images from an accident site where people are hurt, during minor surgery, at a funeral, during an intimate moment with a partner, and while a woman is giving birth more acceptable than women.

Jackie Crossman, managing director of Crossman Communications, says that the trend towards ‘public papping’ poses a serious threat to personal privacy and raises the issue of consent.

Other such bizarre findings included 64% of those polled engaging in insolent texting at the dinner table, with the figure rising to 81% among those aged 18 to 34 years old. Tapping into social media, surfing the net, and sharing meal images, with 26% uploading photos of the meal they are eating, is also steady.

While 77% of those polled believe it ‘might’ be unacceptable to use a device while dining, or engaging in the other behaviours, it still doesn’t stop them, and continues to raise the privacy issue.