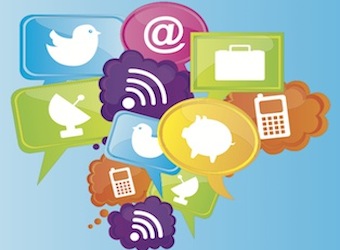 Emerging social media platforms Snapchat and Tinder have cemented themselves as two of Australia’s most popular social networks.

The meteoric rise of video messing app Snapchat propelled into the list of most popular social media platforms/sites/apps in Australia this year. Estimates put its user base at just over one million in Australia, within sight of Instagram.

Also making the list of most popular social media platforms in Australia is ‘dating’ app Tinder. Interestingly, both Tinder and Snapchat enable primarily one-on-one messaging, representing a trend towards more private behaviour and away from the mass broadcast of private lives enabled by Facebook, Twitter and their precursors.
RELATED: Brands on Snapchat: how Mondelez’ Sour Patch Kids is using the video messaging app »

The 10 most popular social media platforms in Australia, as at June 2014:

Source: SocialMediaNews (CC BY-ND 3.0). Note that the above excludes review sites Yelp and TripAdvisor, and publishing platforms WordPress, Blogspot and Flickr. See how the above figures are calculated at SocialMediaNews.