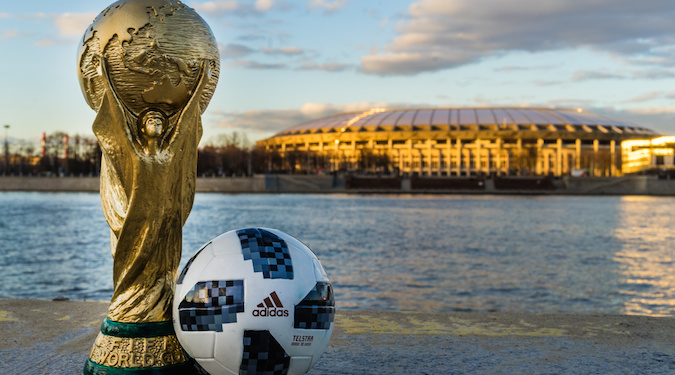 Twitter has released its metrics for the group stages of the World Cup, measuring discussion levels of teams, moments and players.

In a week full of major OOH acquisitions, Cannes chat, Facebook apology crusades and consumer behaviour reports – Marketing has decided to address the topic that people really want to hear about. The World Cup.

In a blogpost from Twitter’s data editor Elaine Filadelfo, the social media platform has compiled metrics and visualisations to illustrate how the chatter has unfolded among Twitter users over this World Cup Season.

Brazil against Costa Rica on 22 June was the World’s most talked about match of the group stages this year.

Tite’s celebration says it all

Brazil notches its first win of the 2018 #WorldCup pic.twitter.com/Glq0n2cLRe

And despite being the host team, Russia does not appear in the top 10 most discussed matches on Twitter thus far:

Surprisingly, Germany’s shocking early knock-out of the tournament was not the most talked about World Cup ‘moment’ on Twitter. Instead, Brazilian right-mid Philippe Coutinho’s opening goal in the final minute against Costa Rica narrowly pulled ahead.

Most talked about moments of the group stages in Tweets per minute (TPM):

Here are the top six most talked about World Cup players for the moment, in order of discussion and compared to their volume of followers: