Facebook’s F8 developer event has just wrapped up in San Francisco, with a staggering level of technological ambition on show.

In his opening speech on Tuesday, Mark Zuckerberg outlined his intent to connect the people of the world, pioneer artificial intelligence, and perfect virtual reality.

Also introduced were ‘bots’ – which, once perfected would serve as automated customer service representatives for retail, news and weather companies – and Facebook’s Aquila pilotless plane, which will beam wireless internet down to parts of the developing world. 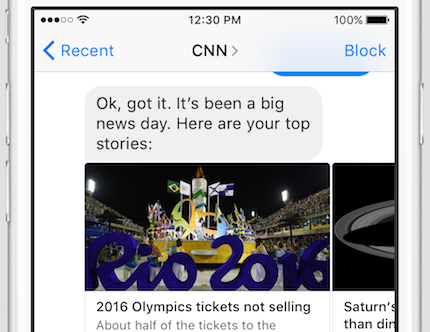 The artificial intelligence system will see Facebook automatically caption photos in an effort to increase the accessibility of its website and apps.

The ‘Automatic alternative text’ feature uses image recognition to identify people and objects in images, and, while not yet perfected – as shared by The Verge, it reads more like a laundry list, a photo of a pizza yields the description “image may contain pizza, food” – will increase accessibility to Facebook for the blind and vision impaired.

This system which aims to understand images on a pixel level, rather than classifying the whole image. would also enable users to search for images based on image content rather than relying on tags. 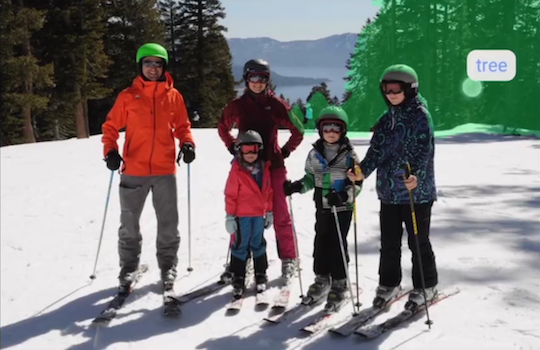 Another AI tool introduced was a Facebook translator, which would enable users to communicate with other users speaking different languages.

Unlike other online translator tools, it factors in the unique language used by social media users.

Facebook regard social VR to have the potential to be more social than any other online platform.

Technology introduced would enable users to communicate virtually beyond the text and image based platform.

Zuckerberg demonstrated an app that allowed two people to play together virtually, saying that in late 2016, Oculus, Facebook’s VR arm will launch a range of touch controllers which will allow users to touch and manipulate objects within virtual applications.

The solar-powered drone will be able to fly for months at a time, cruising at a higher altitude of commercial jetliners and providing internet access to rural areas.

Constructed largely of carbon fibre, it weighs less than a passenger car.

The F8 event is named for Facebook’s policy of allowing programmers and developers to spend eight hours on personal innovative projects they are usually too busy to focus on – also known as the eight hour hackathon.

For marketers, developers and entrepreneurs, F8 allows a look inside where the social media giant is headed.

Other sessions at this year’s event focussed on the future of video on Facebook and best practice for marketing via the platform.

Previous Article
The E-word: how design thinking connected IAG to its customers
Next Article
Thinking of taking your business to China? Here’s my advice