SoLoMo: the art and craft

SoLoMo: the art and craft 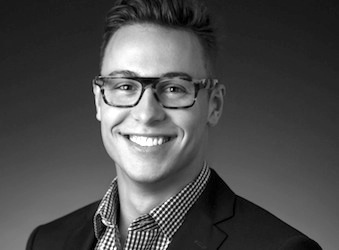 The marketing industry is so full of buzzwords and techy abbreviations that entire conversations can be held using solely acronyms. It can be hard to decipher which of these are simply filler phrases and which are terms that actually matter. But there’s a newcomer on the scene that is absolutely worth some attention: SoLoMo.

In short, SoLoMo is an abbreviation for Social-Local-Mobile. Think of it as a marketing philosophy that organises these terms into an ecosystem of sorts – three essential, intricately linked ways to reach consumers.

Breaking it down, the social aspect of the concept refers, obviously, to the popularity of social networking. An August study from Pew Research found that a whopping 72% of adults are using social media – a figure that simply can’t be ignored.

The local aspect of SoLoMo relates to location-based software. Consumers want information specific to themselves and the world around them – a gent shopping for bespoke suits in Sydney doesn’t want to see irrelevant advertisements about tailors in Los Angeles or Tokyo.

If you need an example of the success of local-based marketing, look at the instant success of endeavours like LivingSocial, Groupon and Amazon’s Daily Deals.

Which brings us to the final piece – mobile. It’s easy to see handheld technology is quickly outpacing desktops and laptops. In June of this year, there were 19.6 million Australians who had access to the internet via a handheld device, a 13% increase from the end of 2012 alone, according to the Australian Bureau of Statistics.

There’s a reason these three terms have been crammed together, and it’s not just because marketers love a good portmanteau. Social, local and mobile marketing are inextricably connected, and targeting one without considering the others will get you nowhere fast.

For example, let’s say a sporting goods company based in Australia decides to launch a social media campaign on Facebook. They set their Facebook Ads to target males between the ages of 16 and 30, knowing this demographic is their target audience.

This is all well and good, but if the company doesn’t think locally, it may end up trying (and failing) to sell cricket equipment to Americans. If it forgoes the mobile aspect of the campaign, the business will miss out on valuable opportunities to provide promotions to individuals shopping near their brick-and-mortar locations.

SoLoMo into the future

For now, SoLoMo looks poised to stick around – social media and mobile computing aren’t showing any signs of slowing, and relevant, local-based marketing has been a staple tactic by marketers for eons.

But marketers have to be prepared to adapt and evolve with this trend, as there are likely new developments coming our way that will change the game. Tech that’s on the horizon (think Google Glass) will enhance all three aspects of SoLoMo, but it’s entirely possible unknown future devices and trends will add new challenges we haven’t even considered.