Spot the fake: shoppers get help with online reviews

Spot the fake: shoppers get help with online reviews 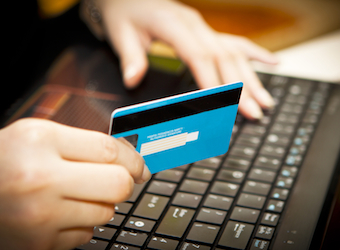 By Justin Malbon, a professor of law at Monash University and a member of the Queensland Consumers Association.

Three cheers for the Australian Competition and Consumer Commission (ACCC). It recently released a guide for dealing with fake reviews, which in essence said fake reviews are unlawful. They can mislead a consumer into believing an opinion about a product or service reflects the genuine views of an independent reviewer.

Consumers tend to place faith in online reviews. Before we book a restaurant or a holiday to Bali or buy a new laptop, we invariably check the online opinions of other consumers and expert reviewers. Reviews are an invaluable means for helping us make informed purchasing decisions – provided they are genuine.

Many of us believe we can spot a fake review. While some can be easily spotted – the ones that are a little too effusive about a coffee shop or restaurant, for instance – the deceptions are becoming increasingly sophisticated. In some cases, filters, assumptions, biases and outright distortions are built into search engines and into the site’s presentation of information in ways that users can never detect.

Sellers highly value positive reviews, and for good reason. A 2011 Harvard Business School study found that a one-star increase in a rating on reviews site Yelp leads to a 5-9% increase in revenue. A 2012 Cornell University study using transactional data from Travelocity found that if a hotel increases its review scores by one point on a five-point scale, it can increase its price by 11.2% and still maintain the same occupancy or market share.

With impacts like these it is no surprise that marketing companies have been sprung spruiking their abilities to deliver positive reviews for clients.

New York attorney-general Eric Schneiderman recently ran a sting operation by creating a fictitious yoghurt shop, leading to ‘search engine optimising services’ offering to promote the shop. Some of these services arranged for writers from the Philippines, Bangladesh and Eastern Europe to receive $1 to $10 per fake review. Schneiderman had 19 companies agree to cease their misleading practices and pay a total of US$350,000 in penalties.

The UK Office of Fair Trading accepted legal undertakings from MoreNiche, which has nearly 150,000 affiliate marketing businesses worldwide, and markets diet aids, teeth whitening and other products. The company was alleged to have misled consumers by not disclosing that affiliate promotions were paid for by a business and that editorial content was not written by the apparent author.

The ACCC has also been active in Australia. In 2011, for instance, it took action against removalist business Citymove, which ended up paying a A$6,600 fine under an infringement notice.

Although there is no precise formula for identifying fake reviews, the ACCC lists a number of indicators for sellers of fakery. These include significant spikes in reviews and abnormal similarities in email addresses, user names, passwords or IP addresses.

Other warning signs include the use of overly positive or marketing-speak writing styles and reviews that either do not make sense or use the exact same language as other reviews.

Review sites themselves have a vested interest in maintaining their credibility. Major review sites like TripAdvisor and Yelp spend princely sums in developing algorithms to detect and delete fakes.

Given the value to sellers of positive reviews, whether gained by fair means or foul, the ACCC will have its work cut out in dealing with the fakes. Best guesstimates are that about 10-20% of online reviews are fakes.

Added to the enforcement challenges is the problem that many reviewers are outside Australian jurisdiction. Strategies will no doubt require multi-jurisdictional regulatory co-operation and co-ordination.

One value of the ACCC’s recently released guide is that it makes it abundantly clear that misleading consumers with fake reviews is not only unethical, it’s unlawful.

The internet offers a wonderfully efficient facility for us to learn from the experience of other consumers. This enhances competition, leaving consumers and sellers who are recognised as offering high-quality products and services as beneficiaries.

Given how elaborate and pervasive the misleading practices are, taking on the fakers is going to involve us all – ethical sellers, review site owners and marketing firms, as well as consumers and the ACCC. The ACCC is to be commended on taking fake reviews seriously. This will play an important role in maintaining the integrity and utility of reviews.