The dos and don’ts of Facebook ads, straight from the horse’s mouth

The dos and don’ts of Facebook ads, straight from the horse’s mouth 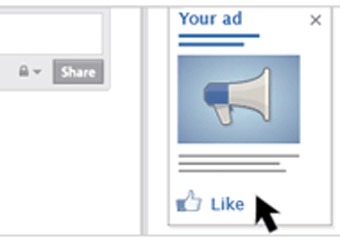 Facebook’s measurement team is to make its research on what does and doesn’t work when it comes to advertising on the social network public at an upcoming Advertising Research Foundation conference in America.

The presentation will reveal how to tailor six elements of ad creative to implement successful ads on Facebook, according to AdAge, which was given a sneak peak of the findings. These six elements include two that are visual – focal point and noticeability – and four relating to a range of aspects of the message, from whether it’s easy to discern the brand to whether the advertiser gets the point across. High ratings in each of the six elements were found to be predictive of in-market success for two traditional metrics: brand recall and purchase consideration, according to the study which matched the results against Nielsen Brand Effects studies.

AdAge reports that head of platforms and standards at Facebook, Sean Bruich, said the model devised by the study explains 20% to 25% of variance in market performance. Practices that detract from ad performance included indistinct images, a frequent problem given the small amount of space the ads allow for images, and bright colours or fancy, eye-catching symbols.

“Ads that were rewarding tended to be pretty clear – there wasn’t an overload of information,” Bruich explained. “But [the] rewarding ads also seemed to connect. The information seemed meaningful.”

Incentives, in the form of offers or discounts, weren’t the only way to connect with users, the research also found. While some kind of reward was crucial for creating purchase consideration from the ad, Bruich said that this need not involve free stuff, and could be informational or even emotional.

When it came to recall, three things were particularly important: The image needs to have an obvious focal point, the brand needs to be clear and the ad needs to fit with the brand’s personality.

The study was conducted using a three-step methodology – initial qual with marketers to identify elements of ad creative to test, a quantitative survey to test which elements were the most important among 109 marketers asked to rate just under 400 ads on each of the six elements, and a modelling approach used to test the ratings delivered from the survey.

The ads examined were from a Facebook format called premium-engagement ads, which appear on the right column of a Facebook page and carry tight restrictions on image size and copy length.