Australians place less importance on companies’ environmental values than people in other countries do, a new survey has found. The survey by GFK asked over 28,000 people in 23 countries how they felt about ethical shopping.

Internationally, close to two-thirds of people (63%) feel guilty about doing something that is not environmentally friendly, and only buy products and services that appeal to their beliefs. 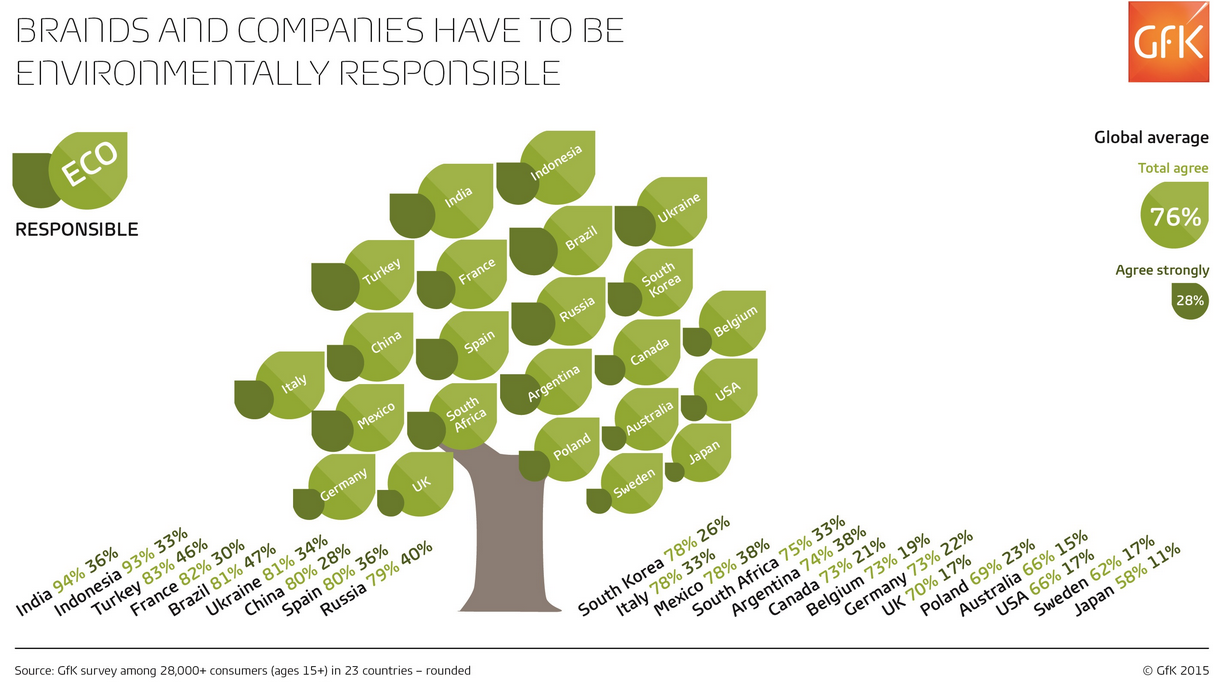 India is leading the pack in terms of ethical shopping, with 94% of respondents agreeing that brands need to be environmentally responsible and that they only buying products in line with their beliefs. About 85% of Indians feel guilty about doing something not environmentally sound. 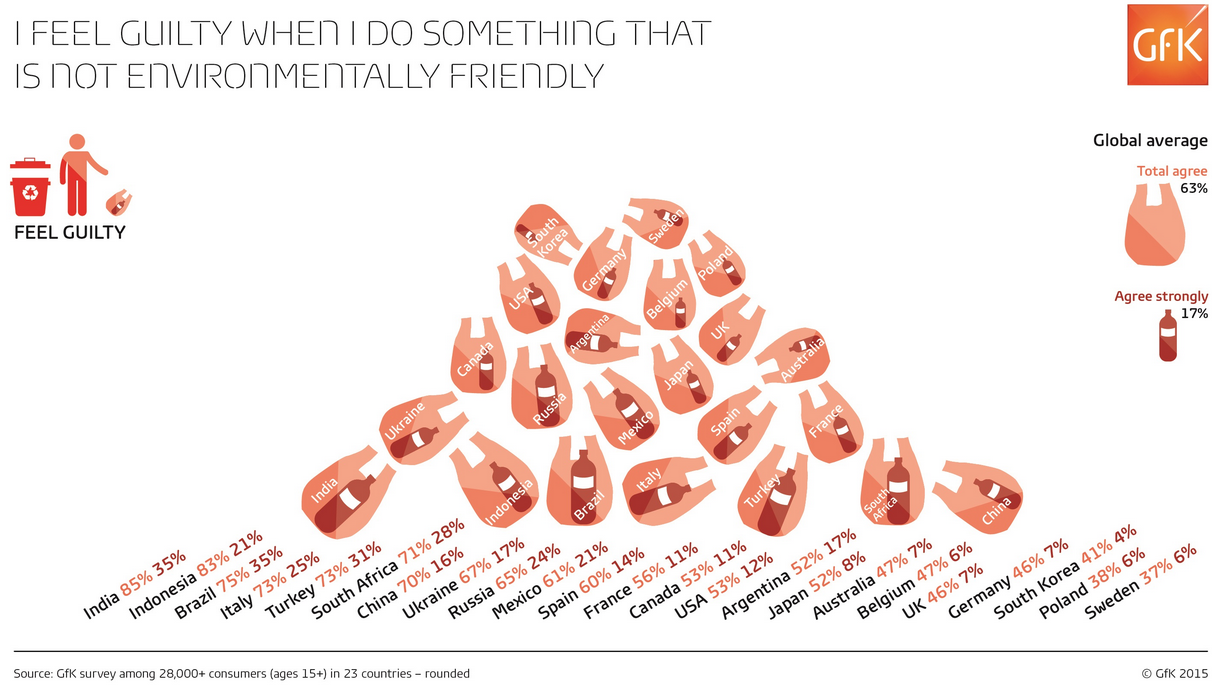 The results also found that slightly more women than men agree or strongly agree that brands should be environmentally responsible (78% versus 75%), and slightly more women than men feel guilty about non-environmentally friendly choices (64% compared to 61%). The same amount of men and women (63%) agree they only buy products or services that appeal to their beliefs. 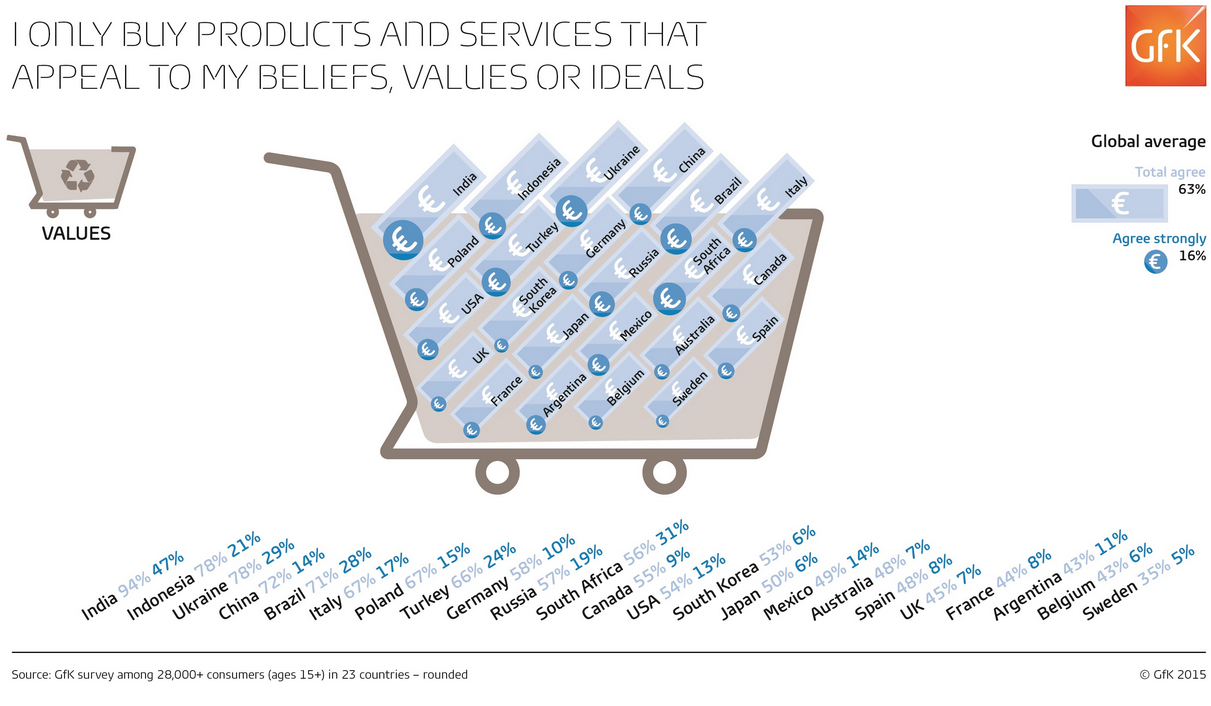 Only 69% of teenagers aged 15 to 19 agreed that brands and companies should be environmentally responsible, compared to 80% of 30 to 39 year olds.

But teenagers showed the highest percentage (18%) of strongly agreeing that they feel guilty when they do something not environmentally friendly. The report suggests this shows how teenagers have a greater awareness than previous generations in seeing the environment as a personal responsibility.