Soccer fans across Australia are connected, confident and adventurous, says a new football trends and insights report, ‘Play On’.

The research by Enhanced Media Metrics Australia (EMMA) is calling fans ‘omnivores’ referencing their devotion to multiple football codes – NRL, AFL, A-League soccer and SuperRugby. This new breed of fan is broadening the demographics and cultural profiles of traditional football followers, forcing marketers to ask themselves if they should be changing how they target fans.

Football fans are early adopters when it comes to alcohol and cars, two of the biggest sports advertising categories. They are also increasingly affluent and the report considers whether marketers should broaden the brands that are advertised to sports crowds.

Half of those attending football matches are in the highest socioeconomic quintile, Social Grade AB. 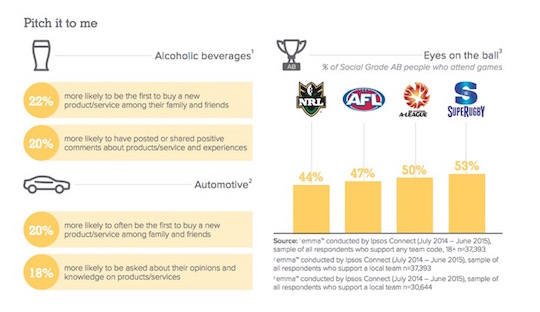 More than half of A-League soccer fans are also fans of NRL, while just over 42% are fans of rugby union. NSW and ACT have the highest number of cross-code fans, while Victorians, South Australians and Western Australians are more likely to stick to their traditional codes.

Such a high consumption of media gives brands the opportunity to offer content and speak directly to fans before, during and after games. 21% of fans use sports websites, 71% use the newspaper and 81% use television for their sporting needs. 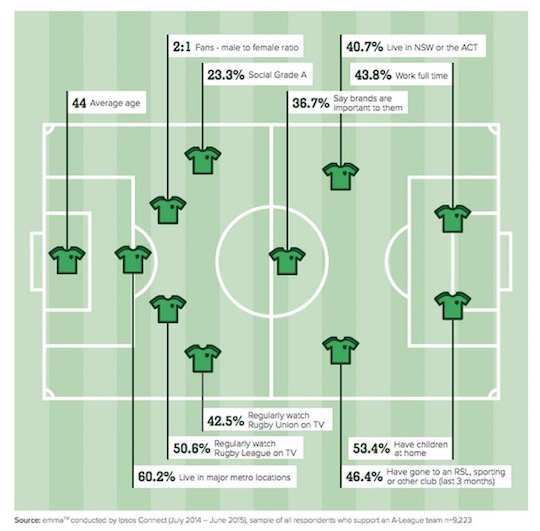