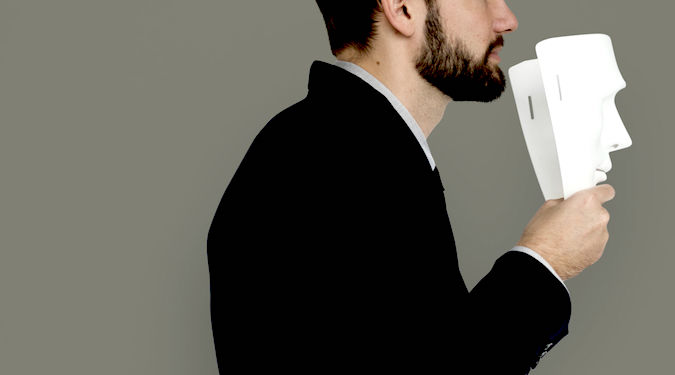 Fake is getting deep, but just as technology enables mass chicanery, says Steve Sammartino, it has the power to turn the tables.

This article originally appeared in The Truth Issue, our first print edition for 2019.

The truth, as humans perceive it, is in a constant state of flux. It used to be true that the sun went around the earth… until around 500 years ago. The telescope, new technology at the time, reframed what we knew to be true. Even after Copernicus, people such as Giordano Bruno were burned at the stake for promoting what was then regarded as cultural heresy. It was heresy because it unsettled the existing system, and those in power generally don’t like change.

Our truth is shaped not just by new discoveries, ideas and possibilities, but also mostly by our perception and what we deem to be acceptable to believe in.

Technology makes new things possible that were once not just impossible, but indistinguishable from magic. When I’m asked what I believe to be the most incredible technology of all time, it’s not something that’s come along recently. For me it’s air travel.

While digital technology has been transformative to the global economy, and is on the precipice of the unimaginable, it isn’t there yet. It feels in many ways like a rational extension from analogue communication technologies. Mail to email. Broadcast TV to narrowcast live video on a phone. It feels like everything is just smaller and faster – but not unbelievable. If we went back in time, say 100 years and explained our current technology, I’m sure that person would find it plausible, maybe even inevitable.

Now compare that to international travel on a jet liner. Sitting in air-conditioned comfort, on a chair in the sky, 10 kilometres above the ground, sipping a beer, watching a movie to arrive on the other side of the earth in under a day. That is something anyone from 1850 would have found very difficult to believe. It would have been an inconceivable idea. Never to be true – maybe even fake news.

What we perceive to be fake, possible and eventually real changes over time. Often a product will move through that spectrum as if it is a fantasy of what we’d like to have – like the ability to fly. First we imagine it, often for many years, behind a phrase such as ‘Wouldn’t it be cool if…’ and eventually, we find a way to make it technologically possible. The fantasy becomes the truth – especially in times of exponential change.

In a branded sense, conversely, this pattern often moves in the reverse direction. Someone makes something cool, then others take the truth and turn it into something fake. Time and effort goes into building something new, a brand that has value and attaches it to a product or service. Then, weirdly, the market goes in the opposite direction – from real to fake. The real thing has to compete with fake versions of itself. Sometimes it’s cheaper substitutes of what’s hot or, worse, a knock-off pretending to be the real thing.

It’s easy to see why unscrupulous operators would create fakes. They leverage the value created by others without any of the brand investment required to create it themselves. They can either co-opt consumers wanting a cheaper version, or even trick them by passing their product off as real.

The marketing of the ‘fake’ has a long and fascinating history. It comes in many shapes and forms, and it’s not a new problem. In the 1980s it was fake Reeboks. As long as they looked real many consumers were happy to play along. In the ’90s it was haute couture handbags at a local market, for a few hundred dollars instead of thousands for the real thing. In the early web era things got a little more treacherous as we went beyond fake fashion and into fake medicine buying pharmaceuticals online.

And today what do we have? Mostly, fake people. Fake was once limited to manufacturing output – which makes sense in the factory era. Now, in a digital era, where everything is meta, people are getting their fake on. The early web was a bastion of hope where, all of a sudden, we could fact check anything and everything. ‘Is that true?’ It seemed like we were entering an era where only the authentic could survive. How could anyone ever lie again if the truth were just a few clicks away? But what we failed to foresee was the ingenuity of humans who choose to deceive.

One by one people started putting on their digital disguises.

Enter Fake Lives: a world where the five minutes of bliss in anyone’s 24-hour day became the billboard of their life. A few minutes gaming the lighting and the angle of a photograph in a restaurant, on a beach or at any fancy locale showed a wonderful life. Passing it off as social sharing – people dived deep into brand (or, should I say, ego) building.

Enter Fake News: a world in which people with an agenda can create whatever narrative they please as few people on the receiving end of questionable content worried to check out if it was true. What was once fact became opinion and the truth got lost in the extreme battles between left and right. None of this comes as a surprise. Like most things technology democratises, fake isn’t new, it just scales much better than ever.

The scariest part? It’s all possible via open source software where a few random pictures and a voice sample of almost anyone can be concocted to create deep fakes that could be life changing for the victims.

Last, let’s consider something a little crazy. What happens when we can make robots that are indistinguishable from humans? Robots with soft-exo bodies, natural sounding voices and smooth movements. Once that becomes possible – and it will – it’s only a matter of time before we have a world in which fake humans leave the screen and enter the street.

This brings me to the most valuable asset any brand will have in the future. The ability to be known for truth. True content, true people, true ingredients and no corporate chicanery. Instead they will offer the ability to be a proven fortress of truth in all that they make and represent.

It may seem like an impossible task, given the eventualities proposed. But technology is always a double-edged sword; almost everything it creates can be juxtaposed. What we need to create now is a brand differentiated by truth, and maybe even the tools to help others do it too.