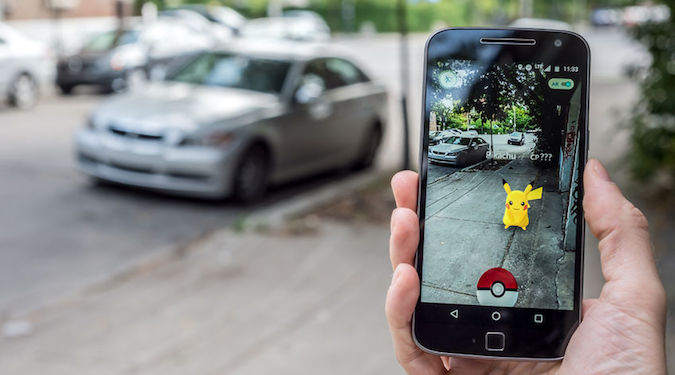 This week Pokémon Go celebrated Valentine’s Day with easier-to-catch creatures and double candy, and estimates suggest it makes more money per minute that Clash of Clans, Game of War and Candy Crush. But the real success story behind the phenomenon is data, writes Nigel Lester.

Pokémon Go quickly established itself as an augmented reality phenomenon. Skyrocketing to become Australia’s most popular mobile game, it has been used by almost one-in-three online Aussies over 18.

Additionally, the app was second only to Facebook in terms of engagement, as Australians spent a total of three billion minutes on the app last July alone.

The numbers are certainly impressive, but the true phenomenon of this story is how in one launch, Nintendo rewrote its future and the future of its competitors. Transforming itself from a potentially finite business writing games and selling hardware – generally one-off transactions – Nintendo evolved to become a business with an unprecedented breadth and depth of data with unimaginable value.

Through this reinvention of Nintendo, Pokémon Go repurposed data to refresh revenue streams, and bringing to light the importance of data again as a result.

To succeed in Pokémon Go, users need to physically visit real life locations. The accuracy and precision of Pokémon Go’s location data is absolutely critical – get it wrong, and you risk the wrath of millions of gamers, not to mention neighbourhood residents. Get it right, and you could have the opportunity to create a global movement that transforms the way we’ve previously considered merging our physical surroundings with interactive digital experiences.

With Pokémon Go, Nintendo created a new channel for capturing data. Of course, Nintendo isn’t the only company capturing location data and providing location-based user experiences: far from it. But it is one of the first to exhibit the power of location data in a popular, consumable way. From social media location check-ins, to marketers creating targeted geographic campaigns, to local authorities offering ‘find my nearest’ services on websites, location-based data now drives some incredible hyper-real experiences.

Collating information on how, when, where, why and with whom we move through the physical world has immense opportunity. There are few instances where businesses can capture data generated by large volumes of people in a particular physical location – for example at events like music festivals, major conferences or gatherings at particular landmarks.

Nintendo took this up a notch by not just capturing where and when a player is at a particular location, but with a layer of context that highlights relationships: who travels with whom? What are the connections between that particular group of people?

This type of relational data is what drives the concept behind the Internet of Things and gives context to why people behave the way that they do. For businesses, this is the type of data that counts because it’s what drives meaningful and personalised customer experiences. Nintendo capitalised on the power of relation data and identified a few ways to monetise the location-based information:

1. PokeStops: In-app purchases, such as PokeBalls, are used to capture more Pokémons. You can buy these at certain locations or PokeStops throughout the game, clearly indicated on a map. Data from these PokeStops, which players need to visit in person, is collected during recent trials, guaranteeing accuracy and precision.

2. Lures: Shops and restaurants who want to be featured in the game purchase lures – literally meaning to lure customers to a specific location. A pizza restaurant in Long Island City reported a 75% increase in sales, having paid just $10 for a lure to their store.

3. Advertisements: Advertisements in physical locations are now popping up in the game, drawing attention not only to a location, but to promotions offered at that location. Rather than the pizza restaurant drawing gamers to it, they can now place advertisements for discounted deep dish pizza at the nearby park where players are congregating.

The data generated through these revenue streams is something everyone wants to get their hands on because the data is almost guaranteed to be accurate – after all, it is tested every day by millions of users.

As long as companies have the correct platforms in place to enable them to cleanse, enrich, link, visualise and access the data, it becomes a huge asset.

Intentionally or otherwise, Nintendo has undeniably created a paradigm shift in gaming and marketing. It has demonstrated how powerful location-based and relational data can be for a business and how technologies can transform a business’ marketing strategy.

In creating Pokémon Go, Nintendo discovered the value of a single customer view that embraces context and location, and it’s incredibly powerful.