Paul MacGregor discusses why brands would be better off using their three seconds of  audience attention to engage them in the brand’s longer form story.

“30 seconds is becoming three seconds,” IPG Mediabrands CEO Henry Tajer told MCN in the first edition of our In the Cannes video series. “So what can a brand do in three seconds that will create a second encounter or second action? Because the consumer, whether they are watching television or engaging on social platforms, is really only prepared to give brands a very limited amount of time.” 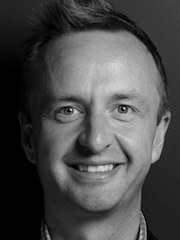 This shift has massive implications for brand content. Three seconds to deliver a meaningful message is challenging. But, that doesn’t mean all brand advertising has to be condensed into the equivalent of a pop-up banner. Tajer said if attention can be captured in three-second bursts, “then consumers will extend and immerse themselves” in a brand’s long-form messaging.

Maxus Global CEO Lindsay Pattison agreed. She said that the principles of brand building through strong, longer-form creative and storytelling remain as important as ever, despite diminishing attention spans and fragmenting channels.

“We need to think about the micro-moments, the mass-moments and the long-term brand stories,” said Pattison. “You don’t wake up one morning and buy a Mercedes because you saw an ad online. You buy one because you had the heritage, the history and the longing built up.”

Advertisers and their agency partners that can deliver both the messages that capture attention and the immersive content that converts attention into action will be those that gain share. Brands have to work out how to deliver short-burst messages that draw consumers back to longer-form content in a world where people afford brands less and less time.

Media owners that can deliver both the formats and the short- and long-form content with which to engage audiences will be the ones left standing outside the global platform duopoly. Those that can prove audience engagement and return on investment will prosper.

Related: MacGregor on the attention economy and how brands can attract, convert, and measure attention »

“There are 3,500 media companies in the world right now but the majority of growth is going to Facebook, Google and a few others,” Carat ANZ chief executive Simon Ryan told MCN at Cannes. “So, the rest are fighting for about 10-20% of the money.”

To earn their share, local media companies must “really focus on their content pipeline”, said Ryan. “They have to make sure their content is creating a strong point of difference in the market for consumers.”

That requires a breadth of quality across screens, Ryan suggested, to create “an interesting platform so that consumers actually want to spend time there.”

Regardless of platform or format, Mat Baxter, global CEO at Initiative, said there was one key element that is guaranteed to capture human attention and drive results for brands.

“Emotion,” said Baxter, “is still the thing that gets the human response.”

Brands, agencies and owners are often at odds on the numbers in advertising – and that debate can also, at times, become emotional. However, they share common ground in the need to tell a story that grasps the attention of its audience. Even if it is only for three seconds.

Paul MacGregor is the national director, marketing and production, for Multi Channel Network.

For the latest in opinion and trends, purchase a subscription to Marketing.