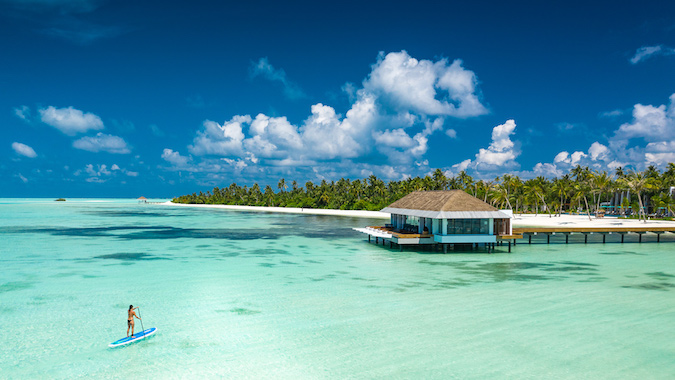 Reports say 87 percent of Australians plan to travel internationally when they are fully vaccinated. In response, travel brands are getting behind vaccine rollouts with incentives.

Travel company Luxury Escapes announced its significant vaccine campaign: a plan to give away $200 million in travel vouchers to the first one million Australians who have commenced their COVID-19 vaccination program prior to 30 September. The plan seems to be to incentivise the public to get vaccinated in the hopes of opening Australia to the world sooner.

Airlines are also motivating consumers to get the jab. Virgin Australian announced plans to award free tickets and frequent flyer points to passengers who have been vaccinated. This includes a competition called the ‘VA-X & Win’ promotion with a major prize of one million Velocity Frequent Flyer points up for grabs.

Qantas has also flagged potential discounts and giveaways for Australians who have had the vaccine. Qantas CEO Alan Joyce previously told Channel Nine of an incentive where a family of four could get “unlimited travel on the Qantas and Jetstar network, anywhere in the network” for a year. Joyce also encouraged other brands to consider similar vaccine prompts.

In a recent Luxury Escapes survey, 80 percent of Australians said that overseas travel was the number one reason for getting vaccinated. Unsurprisingly, travel brands have a commercial interest in supporting a swift vaccine rollout to allow the reintroduction of international travel.

Adam Schwab, the co-founder and CEO at Luxury Escapes says: “At Luxury Escapes, we recognise the crucial role the vaccines will play in ensuring borders open so Aussies can travel again. We hope that giving away $200 million in incentives to Australians who are getting vaccinated will give our vaccine roll out a massive boost and inspire other businesses to follow suit”.