Uber in the air: flying taxi trials may lead to passenger service by 2023

Uber in the air: flying taxi trials may lead to passenger service by 2023 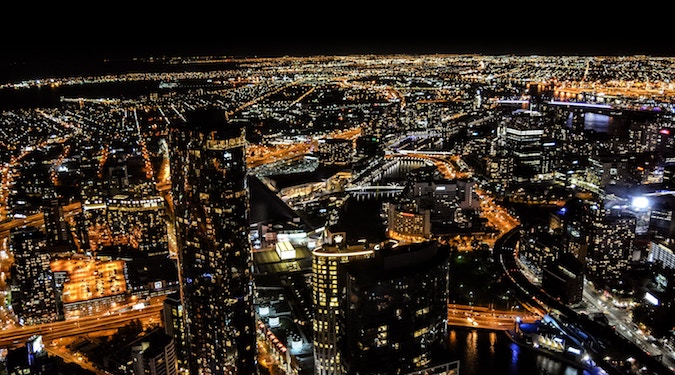 Can you picture the Australian consumer adopting autonomous aerial drones as a primary mode of transport? There are still many questions to be asked: will it be safe? How much will it cost? And why Melbourne? Matthew Marino from RMIT University has the answers.

Uber Air will start test flights of its aerial taxi service in 2020, and move to commercial operations by 2023, the ABC reported this week. Melbourne, Dallas and Los Angels have been named as three test cities for the trial. As a researcher in unmanned aerial systems, I was asked recently if I would ride on an Uber Air taxi. After a brief ponder, my answer is ‘yes’.

The introduction of Uber Air in 2023 may feel way out of reach for many people, but I believe this is a feasible and exciting development in air travel. If Australia’s Civil Aviation Safety Authority (CASA) has signed off on the safe operation of this new aircraft I would love to experience an aerial taxi.

The aviation industry is well developed, and various aircraft share the skies. Helicopters, general aviation and large commercial aircraft are all regarded as safe and considered an acceptable form of transportation.

A newer addition to the industry is the passenger carrying drone, and one which is being introduced at speed. Boeing’s GoFly competition has been set up to “foster the development of safe, quiet, ultra-compact, near-VTOL (vertical take-off and landing) personal flying devices capable of flying twenty miles while carrying a single person”.

US$2 (AU$2.9) million is up for grabs for successful designs and prototypes. Of the competitors, five phase two winners were announced in March 2019, and the competition is still ongoing to find the most innovative and optimum solution for a passenger-carrying aircraft.

Dubai’s police force is reportedly conducting trials with a hovering vehicle, something that resembles a flying motorcycle. Uber says it has a vision to provide VTOL ride share services for passengers throughout the world.

Whether the first Uber Air vehicle will be piloted by a human on board, remotely or via an autopilot is still unknown. This will depend on the required levels of safety set by CASA. I believe the end goal would be to be fully autonomous, however, this would require extensive proof these system are completely safe.

Unlike a helicopter, the technology base of a drone is far simpler. Controlled by computers, they use electricity as a primary power source from batteries and brushless electric motors to make them thrust into the sky. This type of system has been used with great success with smaller drones in the commercial market.

Current smaller drones have the capability of flying autonomously: no pilot is needed. A pick up location and a return location can be programmed into the drone, and it is able to land, takeoff and fly without pilot assistance.

This is not strictly considered to be an artificial intelligence system. Drones operate through a series of checkpoints in the sky, which they track all the way to the final destination. This is reliant on GPS, much like the GPS in your phone or navigating the streets using a Google Maps.

The scaling up of this technology to carry passengers was only a matter of time. But the clear next step is research on how safe these aircraft are going to be. This is important not just for future passengers on board, but also for the people and property they will fly over.


Like traditional aircraft which go through a rigorous certification process, drones may be subjected to the same amount of scrutiny.

Due to the simplicity of the drone system, this type of certification may take less time than a traditional aircraft (which can take many years, depending on the complexity of the design being certified).

Fortunately, we have a very proactive regulatory body in CASA. This authority is seen as a world leader in not only drone policies and procedures for safe drone operation, but it already actively consults and assists people in the drone industry. It’s likely CASA played a role in getting Uber Air trials assigned to Melbourne.

Much like the helicopter when it was introduced back in the 1940s, people are likely to be apprehensive about a passenger-carrying drone in the first instance. The idea that unmanned vehicles may soon be flying through the sky raises many questions and concerns about the implications on people’s lives and the safety of the community.

This is a natural response. It takes time to develop confidence in new technology – especially one that has the responsibility of flying people around cities. Over time helicopter technology progressed, and it was made safe and reliable – it was eventually seen as an acceptable mode of transportation. A similar progression with drones is likely.

We can be confident the technology will be properly tested and proven safe before the common citizen will be able to phone order an Uber Air trip across town. Australia is the perfect place for testing, especially this country’s capacity for rapid development and continuous testing in outback Australia. Google and other international bodies have tested new drone technology in Australia in a safe and regulated manner. The Uber Air taxi will be no different with extensive testing to improve the technology, efficiency and reliability.

Matthew Marino is a lecturer and researcher at RMIT University

Tags:
Previous Article
Aldi enters China with smaller format store design and focus on convenience
Next Article
After attention comes memory: the best campaigns last until the point of purchase