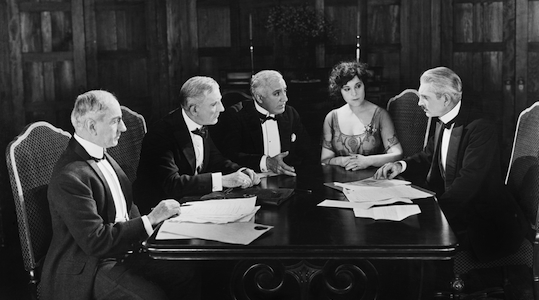 Mark Razzell shares his thoughts and advice on how to get your company on board with the concept behind that new buzzword, ‘digital transformation’.

One of the latest buzzwords to get everyone in our community fired up is ‘digital transformation’, even if they don’t necessarily understand it. Actually, especially if they don’t understand it… It’s got all the key ingredients guaranteed to whip the marketing world into a frenzy; shiny, idealistic, and reliant on synergy.

Being a negative-Nancy, I’ve been watching all of this with somewhat of a critical eye. The details of what it is (the use of technology to work synergistically and improve performance across organisations) and what to do are well covered. However, I find that everyone’s coming at it from ‘what’ as opposed to ‘how’.

Frankly, it is a huge undertaking and really important, but while everyone is going on like it’s the second coming of Christ, some details and intricacies seem to be brushed under the carpet and taken as a given. For example, ‘Yeah, no problems, all we have to do is get everyone working together like one giant bee-hive and digital transformation will be done’.

How the hell is that going to be achieved? It seems to me that a few of these intricacies will prove to be the Achilles heel of its delivery, so bear with me as I give this some thought. I’ll try to stay focussed and not run off on tangents, but no promises.

Driven from the top-down

I want you to use your mind’s eye here… Now, focus your thoughts, and imagine you are in the board room of some big company. Maybe it’s your company… Anyway, it’s a meeting of executives, and you’re there.

There’s a big mahogany table, leather seats, and the view of an impressive skyline from the floor-to-ceiling windows. Quickly – picture the executives – what do they look like? Old, stuffy folks who look pretty set in their ways? (One of the guys in my head is flanked by two massive Dobermans. I’ll check with my therapist to see what this means.)

I know, I know, I’m being all stereotypical, but hear me out. A recent UK study found that the average six-year-old has a better understanding of the digital world than that of a 45-year-old. A quick bit of Google-fu has informed me that the average age of executives in Australia is 53.

Now this is far from perfect reasoning, I’ll give you that, and I’m sure there are savvy execs out there. In fact, I know there are. However, do we really think that across the board (pun intended) at an executive level the understanding of digital is robust enough to be able to drive this top-down change? Nope, probably not. Trying to get them on board with enthusiasm and detailed planning will be like trying to teach a cat Latin.

I’ve been in situations where I’m trying to sell technological solutions to dinosaurs and here are my tips:

Realistically, within most organisations, people are busy. They have stuff to do and nobody is sitting around twiddling thumbs waiting for someone to give them something to do. Well, Jenny in accounting manages to fit more Facebook time in to her day than anyone else in a week, but that’s beside the point. The reality is, getting a bunch of people who don’t really know one another in a room and telling them they all have to work together now in order to achieve digital transformation is probably going to go down like a lead balloon. What they will hear is ‘More work and working with people I don’t want to’. Most people won’t feel your enthusiasm and, those that oblige, will probably find themselves ousted from departmental coffee clubs. The fact of the matter is, though, that you need to get everyone on board early on. You need to bring this rag-tag team of individuals together and the best way to do that is with a montage…

Or a bit of leadership nous – whatever works

Now, to get folks on board, I would suggest utilising a bit of cunning. Some people might call this manipulative, but we live in a corporate world where one of the first steps of project set-up is to figure out who gets blamed if it goes wrong, so I think we’re good.

Oh yeah, no biggie. Let’s just fundamentally change the way we do things. Don’t get me wrong, this is arguably the biggest challenge of digital transformation, but it’s also the most important.

A major shift towards customer centricity, synergy across departments, alteration of your company offering, etcetera, are all encompassed with changing the business model. And let’s not forget that some companies are pretty happy ticking along the way they are, thank you very much.

Some of the FMCGs come to mind, whereby digital transformation is probably needed as much as larger cup sizes at McDonalds.

Let’s not also forget that many organisations are governed heavily by global direction, of which the CMO only has limited understanding. I came from the pharmaceutical space, and that’s something that comes up frequently. Local markets have great ideas and plans, only to be shot down by the regional/global governors because it isn’t aligned with the bigger picture.

These are just a few of my recent thoughts on digital transformation and the pitfalls some are likely to experience. At the moment, it’s an idealistic solution, and idealism often glosses over some rather glaring barriers.

Like with John Lennon, it’s all well and good imagining a perfect world (or digital presence), especially when you’re sitting on a high horse, but the reality of the situation is rather different.

I would say that, more often than not, the biggest barriers to achieving something like digital transformation are people with either a lack of imagination or over-active imagination. So sit yourself in the middle and get it done.