As Gen Z begins to establish itself in the workforce, it is critical that marketers understand how to appeal to a generation that has never lived in a non-digital world. We spoke to Harry Sanders, founder and CEO of StudioHawk and fellow Gen Z, about how to connect, SEO as a marketing tool and where brands are failing with younger consumers.

“I started StudioHawk with the mindset of, ‘I know that business owners are getting screwed-over by SEO providers and I think I can do it better’,” says Sanders.

Now at 22 years old, he has become fascinated with the evolution of marketing tactics. According to Sanders, marketers need to hone their approach to appeal to Gen Z. Blatant messaging simply doesn’t work on an entire generation that does not have a single memory without technology and computers. 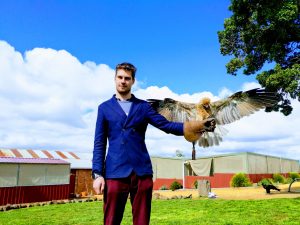 “I understand how the internet works and I was brought up with parents saying ‘be careful online’, but the reality is I know more about how it works.”

Sanders says many companies who take a traditional approach to ‘selling’ are missing the mark when it comes to younger consumers. The bottom line – young consumers don’t want to feel like they are being sold to.

“It’s not like all of Gen Z is going to wake it up one day, forget how to use computers and love your billboards that are just blatantly shoving a product down their throats. It is not going to happen. You’ve got to adapt to the time.”

Adapting to the time does not mean downloading TikTok or carelessly using colloquialisms from Urban Dictionary. Sanders points to a whole ‘subreddit’ dedicated to the pitfalls that marketers and advertisers make, called Fellow Kids. The thread is full of marketing fails, where brands try to appeal to a younger audience but the tone comes across as condescending. Or, even worse in the eyes of Gen Z, they come off as daggy parents trying to act ‘hip’.

So what approach does work when it comes to Gen Z? Sanders prefers a subtle approach or a “friendly nudge in the right direction” in the form of SEO. According to Sanders, the beauty of SEO is that many people do not consider it a marketing tactic.

“The majority of people searching for swimwear or anything that they might buy online, have no idea that they’re being marketed to when they click a search result. No idea.”

Sanders has noticed that users are increasingly ignoring ads to avoid being sold in preference for ‘organic listings’. The reality is, however, that SEO done well, manipulates every search result that a consumer sees.

So is pay per click (PPC) a dead channel? According to Sanders, PPC is still viable but marketers and advertisers need to reconfigure their thinking and see PPC as a ‘touchpoint’ rather than a direct sales lead.

“It’s not to say that PPC is a dead channel, it’s just we’ve got to evolve how we think about it. Banner ads, they’re a good example – they’ve evolved over time, right? You don’t run a banner ad these days expecting people to click on it. You do it to re-market, you do it to be front of mind. And that’s how PPCs are evolving. So people say: ‘Oh wow, I didn’t know that product exists, I’m going to do some research on reviews.’ So it’s just an evolution of those different tactics and how they work together.”

Sanders says the same of advertising on social media: “Gen Z is very unlikely to see a Facebook ad, click through and purchase then and there. So once they decide that they want something, they’re going to search for it.” This is where SEO comes into play. Sanders believes that as SEO becomes increasingly measurable, the more it becomes a viable tool for marketers.

“Traditionally SEO has been a dark art and no one’s been measuring it or looking into it. It’s becoming more measurable and as we know in marketing, the more measurable something is the more important it becomes. We are seeing stuff like how Microsoft just announced that SEO was the most important hard skill for marketers in 2020.”

What truly powers Gen Z as consumers is what Sanders calls a ‘frictionless experience’, which explains the rise of companies like Uber.

“I could pick up the phone right now and call a cab. The frictionless ability to just press ‘book’ and an Uber arrives is what’s powering Gen Z, and not just Gen Z; I think all brands are starting to realise, in our mission to target Gen Z, we inadvertently also capture everyone else.”

Aside from convenience, members of Gen Z want to feel like brands are adding value to their lives. Sanders says marketers can do this well by, “providing educational content, up-skilling and engaging with their audience, giving things for free, of value, to show what their product does.”

For marketers that have the right approach and intention, Sanders sees Reddit as a prime platform for speaking to Gen Z. The key is to be discrete and always provide value.

“I think we’re going to see more of that because Reddit is predominantly a young audience. This is where you go to Gen Z, hang out, we don’t necessarily use Facebook. My mum is never going to use Reddit, it’s just not the platform for her. If she saw half the memes on that website, I’m pretty sure she would have an aneurysm.”

According to a recent report from WP Engine, 63 percent of Gen Zs are more likely to purchase from a brand that supports social causes. This further highlights the importance of value alignment for Gen Z. Understanding younger consumers and being considered around messaging and issues they care about is key.

“The reality is that Gen Z, in a quite literal sense, is the future. This behaviour isn’t going to change.”

Harry Sanders is the founder and director of StudioHawk.

Photo by Fallon Michael on Unsplash.