Knowing when to say enough is enough can be hard. It can be even harder if that means saying goodbye to an icon. In this case, Apple is letting go of the iPod, but we’ll always have its campaigns.

Apple has always been at the top of the game when it comes to advertising. The famous Think Different gave goosebumps, in 1984 Macintosh gave a grim look into the future. The iPod proved no different.

Not afraid to take risks, Apple knows how. The company put so much faith in people knowing its brand colour of white that it didn’t need much else in the campaigns.

It’s a bold move, relying on white to be associated with a brand. But for Apple it worked. The iPod, and its campaigns, were an overwhelming generational defining success. 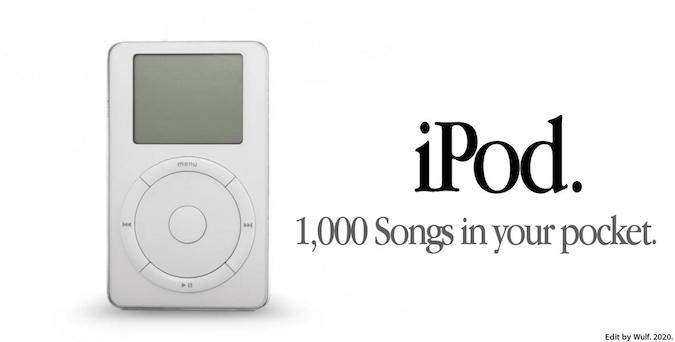 It started small. Both in storage and in messaging. One thousand songs in your pocket. It might not seem like much now, but in the early 2000s when MP3 players and discmans were the way to listen to music on the go, 1,000 songs was unfathomable.

So, the message was simple. One thousand songs was portable. You could have it all, on a small, white iPod. It fit in your pocket. It fit every record you’ve ever heard. The iPod was the impossible made possible.

It was the next generation for Apple. People knew iPods and the capabilities, but did they understand just how functional the music device was? It was time to show off.

With music from The Vines, Gorillaz, Jet, Black Eyed Peas and Eminem to name a few, the ads were bright, fun and synonymous with the iPod. Each campaign was teamed with billboards featuring stills from the TVCs.

Featuring the musical stylings of Feist, iPod video showed the device as being multifunctional. It was no longer just 1,000 or 10,000 songs in your pocket, it had the ability to show videos.

With every Apple product, there’s another iteration of it. The iPod wasn’t small enough, so Apple launched the iPod touch. It was small, it had a screen, and it could clip anywhere. And it was promoted by yet another cool and catchy song.

With that, Apple hangs up its once dominant product by the white headphones. We have iPhones and airpods now. One thousand songs is miniscule compared to the infinite amount available now.

But at the death of the iPod, may the ads live on forever as an icon of the early noughties. A simpler time.