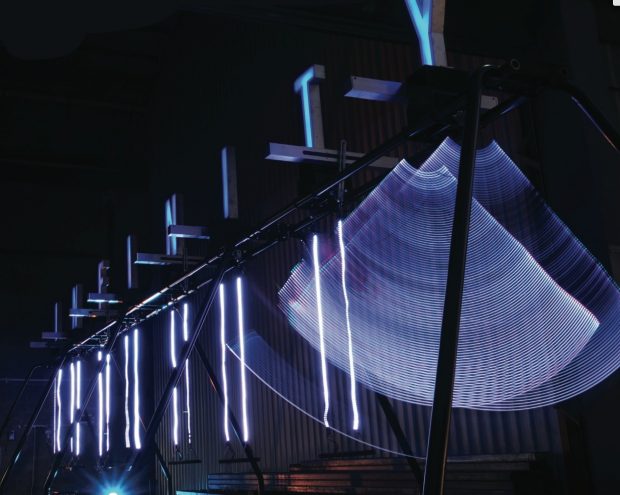 In this marketing case study, go inside the campaign ‘Infinity’ for client CSIRO by agency Reborn.

The CSIRO (Commonwealth Scientific and Industrial Research Organisation) is Australia’s national science agency, with over 90 years of research under its belt and a diverse list of inventions to its name including plastic banknotes, Aerogard, extended-use contact lenses, the world’s first flu treatment and even Wi-Fi; it is both innovator and change maker.

Working at the forefront of climate change research, CSIRO is helping to shape a cleaner future through the aid of science. With recent weather cycles being punctuated by extremes, leading scientists report that climate change is a very real threat to our environment. While the predictions are frightening, it is vital to remember that we have the ability to curb the impact of climate change through simple behavioural modifications, including the harnessing of sustainable energy.

While CSIRO is one of Australia’s most trusted organisations, awareness of its scientific innovations and breakthroughs has been declining in recent years. We needed to come up with an idea that not only showed the public how science and CSIRO are part of driving a sustainable world, but also engaged the public in a way that was both interesting and inspiring.

The brief from CSIRO was to increase awareness for the organisation by starting a conversation with Australians about the problems we’re facing with energy production and the impact on our natural world. In order to not only get this message out but use it as a platform to reinvigorate CSIRO’s brand, we needed to take the complex issue of sustainable energy creation and turn it into something simple, easy to grasp and fun enough to entice a conversation.

But simply talking about the problems of energy consumption to people was not enough, we needed an idea that would get Australians excited, involved and volunteering to share the message. We needed less talk and more action!

We knew it was necessary for people to feel the effort of creating energy in order to make it memorable and engaging. It was important to communicate that renewable energy needs to be sustainable forever, but also requires external contribution. There were a number of obvious ways we could have gone about doing this, but we knew that they would be low-impact ideas. The last thing we wanted was to have people sitting there cranking levers or pumping bellows in order to generate energy: we wanted something that would resonate with every audience member but feature the activity in a new, exciting way.

We hatched the idea of building a swing. But this would be no ordinary playscape. We would create a giant swing that would harness the energy needed to contribute to lighting up the world.

We began to develop an interactive charging installation where people could sit, swing and produce energy to create power in real time. We brought a layer
of technology to something traditional by making what was already interactive even more engaging. From a distance the less-is-more approach was our aesthetic, but we actually created an incredibly complex and intricate piece of machinery.

We realised early on that both lighting and sound were going to be instrumental in the process of bringing the ‘Infinity’ experience to life. We wanted them to work together in a way that reacted to people’s movements and the energy they were creating. That is, the greater the energy output of the swinger, the louder the music, the faster the tempo, the brighter the lights! With eight stations able to swing and create energy at a time and each individual letter of ‘Infinity’ shining above the swingers’ heads in relation to energy output, we knew we would create interest and conservation with not only those swinging, but the multitude of foot traffic.

In order to do all this we needed to generate some actual power. Not so surprisingly, devising that much energy is not a trivial task. We did plenty of research, and it was clear that existing experiments did not quite provide the power for the lighting we had imagined.

That’s where working with CSIRO engineers and our partners became important. Together with CSIRO we designed and engineered our own custom linear generator to produce a consistent five watts of power in addition to the all-natural energy created by the swingers.

Now that we had figured out how to create the energy needed to fuel the lights and sound, we were faced with a new challenge: how to compose musical sounds that would fit all the different ways people could swing?

This task seemed nearly impossible due to the limitless factors at hand. We cracked this by effectively turning each swing into its own synthesiser. The system was programmed to react to each change in energy. As people swung higher and faster, the music soared, giving each swinger his or her own sense of real individual energy creation and a totally immersive experience.

The final swing measured six metres wide, four metres high and used over four tonnes of material. The massive swing took two trucks and a forklift to help with construction in each display city.

We secured two of the best locations in Australia: Customs House Square, Sydney and Federation Square, Melbourne. After great success with public engagement and media interest we were then able to expand even further and secure a location at the World Science Festival at South Bank, Brisbane as an additional display location. 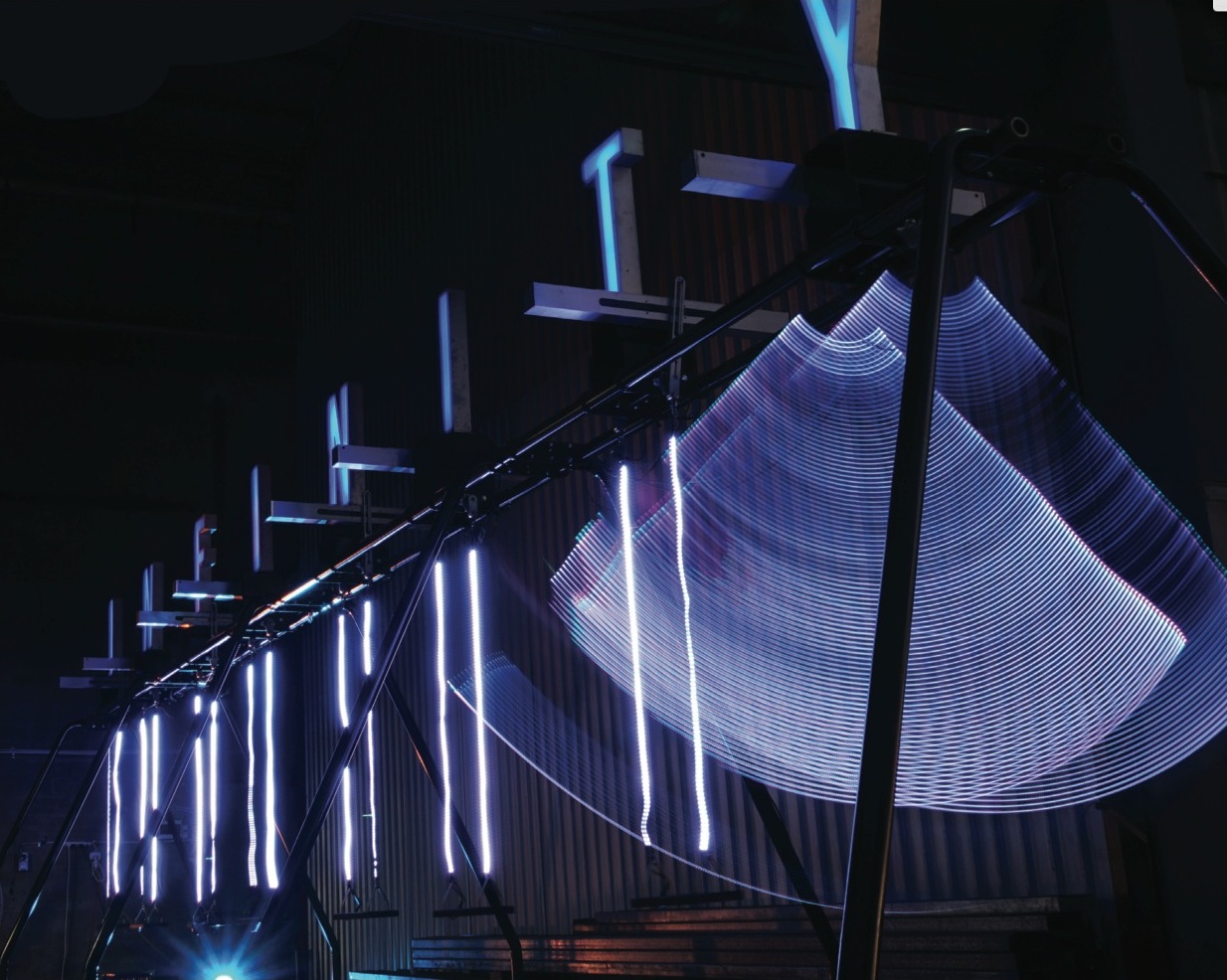 The campaign ran for a total of 20 days and simply focused on getting as many people swinging and talking about ‘Infinity’ as we could.

We measured every bit of energy produced. The total was 340 watt hours. It sounds like a lot, but here’s the thing: you flip on a standard air-conditioner and it uses 340 watt hours in about five minutes. When you tell people this information, they understand the problem in new ways.

We don’t think anyone walked away without appreciating the effort that it takes to produce energy. The energy we harness really is something precious. Whether we’re finding ways to make using it more efficient, or ways in which to generate enormous amounts of it, we believe the swing helps us better understand the task at hand.

While we had a good feeling at the start about the results we would achieve with swing, the coverage and positive sentiment we received from both the public and national media channels far exceeded our expectations.

The earned media we received around it was what helped spread the conversation nationally.

With more than 13,000 people experiencing the swing directly between our Sydney, Melbourne and Brisbane locations, we got people talking!

The ‘Infinity’ swing was featured in more than 80 national news stories including The Project, ABC News Breakfast, Channel Ten, Sydney Morning Herald, The Daily Telegraph and Courier Mail, owning an audience of over seven million Australians. Adding our PR and social campaigns together, we had a total reach of over nine million Australians, more than a third of the population.

In addition to huge external engagement CSIRO experienced significant success in staff engagement around the project, re-energising staff and setting the all-important momentum needed in order to continue producing provocative and innovative work.

The CSIRO ‘Infinity’ campaign has been named as a finalist in multiple local and international award shows.

Not bad for a swing!

« Nielsen: a third of online Australians have played Pokémon GoCustomer-driven content at Coles »