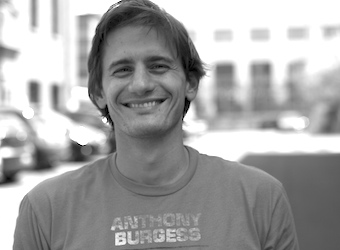 Sergio Brodsky argues that the use of archetypes to characterise consumers has created lazy and imprecise, not enlightening, conclusions about human truth. Instead, the Big Five model of personality, while requiring more thought, enables a more precise and refined picture of your audience.

After several consultations with patients from all sorts of demographics and mental conditions, Swiss psychotherapist Carl Gustav Jung noticed an interesting pattern emerging from his analyses, he called them archetypes.  Jungian archetypes refer to unclear underlying forms of historical, cultural and personal representations of the self. As such, archetypes were meant to be used as guides to further explore human consciousness, however the ad industry’s canonisation of these symbols turned them into formulaic descriptions of demographic segments.

From a practical point of view, that was a great way to standardise the translation of human behaviour insights into actionable communications strategies. On the other hand, it may have made planners and clients lazier when attempting to discover a deeper human truth.

The problem with archetypes is that they are heavily contextual and can differ from cultures, life-stages, ad hoc emotional triggers and many other variables. Hence, unreliable. There is never a perfectly fitting ‘Wizard’ segment or a bad-ass and one-dimensional enough ‘Rebel’ brand that could absorb, live and breathe a pure definition. That is why, when working with archetypes, agencies end up creating a Frankenstein of archetypical representations that are neither precise, nor distinctive enough to enable more targeted campaigns.

Furthermore, it is impossible to create a constant measure when dealing with human behaviour. Those with a better understanding of statistics will know about Gaussian equal distributions, which calculate means and medians. Personality, by being in constant change, cannot be assessed in terms of a static formula. Then came Pareto, Italian economist, proposing a paradigm shift where the distribution of dynamic factors (ie. human behaviour) would be represented as a long tail, where the further or deeper one goes on the curve, more nuanced and precise are the results.

That is why conceiving representations of human personalities in terms of averages can only result in mediocre conclusions. Our mental traits need to be seen in terms of gradations, where different dimensions work together, on different intensities, defining who we are in a complex environment. It’s no news really…

The ‘Big Five personality traits’ has been in use since the days of Jung. They are composed by five broad domains – openness, conscientiousness, extraversion, agreeableness, and neuroticism (aka OCEAN) – that assessed properly can provide a much more enlightening perspective about your audience than the already tired, used and abused archetype.

The Big Five model is able to account for different traits in personality without overlapping. Empirical research has shown that the Big Five personality traits demonstrate consistency in interviews, self-descriptions and observations. Moreover, this five-factor structure seems to be found across a wide range of participants of different ages, genders and of different cultures – in fact, even different species!

Therefore the difference, besides enabling you to land on a more precise and refined picture of your audience, is that with the Big Five it requires a bit more thinking and discernment than the pre-packed ‘X = Goal + Fear + Survival Strategy + Motto’ archetype formula.

Have you ever wondered why ‘Dungeons and Dragons’, the role-playing game, is composed of all 12 (plus a few variations) of Jung’s archetypes? Because it’s really fun to play with them! Not so when trying to deliver your client’s expected ROI. So next time you hear about archetypes, instead of starting some seriously inspired discussion just put your Wizard’s hat on and role the dice, because that is all you’ll get.

BY ON 3 December 2014
Sérgio Brodsky (L.LM, MBA) is an internationally experienced brand strategist, a marketing lecturer at RMIT and chairman at The Marketing Academy Alumni.
He is passionate about cities and culture and the role of brands and technology in society, an intersection from where he drew inspiration to conceive a radically innovative approach to brand communications, he coined Urban Brand-Utility.
Connect with Sérgio on www.sergio-brodsky.com or through his Twitter handle @brandKzarglobal brand strategy and innovation. Follow him on Twitter: brandKzar.

« Emotional design: what marketers can learn from a weather appDispelling the illusion of unpaid social marketing – and what do to next »