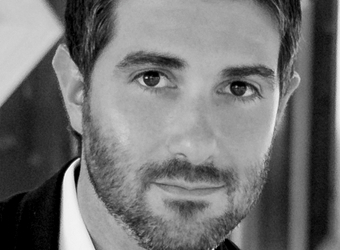 Livefyre’s Jordan Kretchmer argues the idea of free publicity through social media is fast becoming redundant and it’s time to focus energy on what can be controlled.

There is no such thing as unpaid social marketing anymore. It has long been known that, brought on by the advent of social media, the world of traditional marketing has been turned on its head. But even these newer models are being drastically transformed, and it is now up to brands to rise to the challenge of audience engagement.

The nature of online promotions and social media marketing are changing dramatically. When Facebook launched its News Feed in 2006, marketers were licking their lips at the thought of generating thousands of fans for their company page, and communicating with them without paying for the benefit.

But industry sources report that Facebook’s recent change to their algorithm has now seen organic reach plummet to 2% of your fans. This means that if your page has 1000 likes, you are reaching only 20 people. Facebook argued the changes were crucial to sustaining a positive user experience, noting that as many as 15,000 potential stories could appear in any of our News Feeds every time we log on.

So much for all the hard work you put into building up likes and creating interesting content. It is now being drowned in a vast click-bait sea of wedding photos, other brands, and funny cat videos. Recently, Facebook announced it would roll out its ad preferences tool in Australia, which allows users to manually control and curate the types of ads they see on their feed.

And Facebook’s solution if you want your content shared more in News Feeds? Pay up.

I would argue that Facebook was within its rights to shift its business model. Since its market float, it has its shareholders to answer to, and it was naïve to think businesses could take a free ride on advertising for long. Twitter soon followed suit, announcing organic tweet analytics. The new insights were meant to help users maximise their organic Twitter impressions, but they also revealed something pretty damning: that despite the fact that Twitter’s firehose model gives equal treatment to every organic tweet that crosses the platform, organic reach on Twitter remains eerily similar to Facebook.

These facts and figures needn’t make you panic. Remember that almost all brands have digital assets that relevant people do read – your website, which is your owned space. These changes herald the need for brands to retune their thinking towards Facebook as a leased, rather than an owned space.

READ ALSO: The return to creativity – by Alexandra Sloane, head of marketing at Facebook, Australia and New Zealand »

Social marketing strategies are now focusing less on utilising these external platforms, and more on driving content to your owned properties – your website, blog, mobile app and discussion forums – in order to tap into the benefits of online interaction, while maintaining complete control over your reach, messaging, and publicity.

The idea of free publicity through social media is fast becoming redundant. It is time to start thinking beyond these services and channelling your energy and funds back into what you can control, instead of hedging your bets on platforms whose rules you can’t control.

Here are my key tips for rising above the noise of social media channels to better engage your audience:

Although earned media may be becoming less common, a brand’s hard-earned reach shouldn’t have to decrease alongside it. Through a switch in thinking and re-balance of content distribution, this scenario presents a unique opportunity to turn fair-weather followers into stalwart fans.

Jordan Kretchmer is CEO of Livefyre.