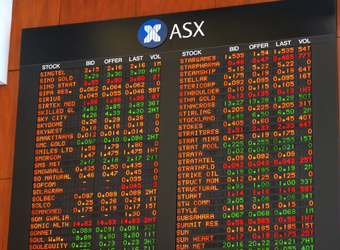 By Graham Sewell, University of Melbourne.

Melbourne University and PricewaterhouseCoopers (PwC) have just announced the results of the first stage of their groundbreaking Agility Study, a world-first project aimed at understanding the value and elements of organisational agility.

The Agility Study involved 60 executives from 18 organisations including ASX Top 50 companies, in the mining, retail, health and technology sectors.

It is a simple truth that, to compete and survive, organisations have always had to withstand the turbulent winds of economic, social, and technical change.

An agile organisation is able to rise to the challenges of this turbulent world by achieving sustained competitive advantage through continuous adaptation. Yes, it’s easy to state but much harder to achieve, so the first stage of the Agility Study has set out to discover exactly what makes an organisation agile. This idea led researchers from Melbourne University’s Department of Management and Marketing to team up with PwC to undertake a major trans-Tasman study of the sources of organisational success in Australia and New Zealand.

These include ASX Top 20 firms and key government agencies as well as enterprising small and medium-sized companies. Our sample is a who’s who of the Asia-Pacific’s New Economy, taking in dynamic internet-based firms, mining, and financial services. But it also includes more traditional sectors like manufacturers, health care providers, and bricks-and-mortar retailers.

Now that this stage of the project is complete, we can confidently say we know what makes an organisation agile.

First, it must be able to spot threats and opportunities well in advance. We call this Horizon and you can think of it in terms of distance and time.

Agile organisations have far-reaching horizons that not only stretch across geographical borders but also well into the future. In short, they have a really good idea of what’s coming and where it’s coming from. But looking out for what’s coming isn’t simply the job of the top management team.

Everyone in the organisation should looking for what’s out there; using their formal and informal networks to scan the environment and pass on the intelligence to the right people at the right time. Remember, the CEO only sees the horizon from one point of view.

Knowing what’s coming — for good or ill — is important, but it’s only the starting point. The next feature to look for in an agile organisation is Velocity. This is the capacity to shift resources around quickly and efficiently to the parts where they are most beneficial.

Take the example of one of our sample firms. Within 24 hours it had completely redeployed its entire manufacturing workforce to deal with an unexpected product recall. It could not have done this if everyone in the organisation wasn’t mentally and emotionally equipped to deal with such a disruption to business-as-usual. We call this mentality an Agile Mindset and without it, your chances of being agile are low.

This brings us to the final feature of agility; what we call Plasticity. This is the ability to create or dissolve relationships quickly but without the usual messiness of a breakup. Another of our sample firms wanted to expand into overseas markets but the GFC meant that normal office leasing contracts were risky because it made it harder to pull out of a new location quickly if the need arose.

So they negotiated shorter contracts where the premium they had to pay was more than offset by the flexibility it gave them. But it’s not just in the realm of business-to-business relations where plasticity is important.

Many of the most agile organisations we studied made extensive use of social media to connect people across the organisation, allowing employees to share information and create innovations through new and unexpected relationships. Seeing something like social media as a resource for employees in this way, rather than as a distraction, is crucial to agility.

So now that we know what agility is, where do we go from here? The next stage of the project is to develop an Agility Index. This will involve the development of a powerful set of diagnostic tools that can quickly and accurately determine an organisation’s agility by measuring its levels of Horizon, Velocity, and Plasticity.

Melbourne University and PwC are again teaming up to identify a large sample of Australian and New Zealand organisations and use our diagnostic tools to rank them in terms of their agility.

It is not, however, whether you are near the top or the bottom of the rankings that will determine the success or otherwise of your organisation. After all, some organisations will always need to be more agile than others depending on things like their size, age, and sector.

Rather, it’s how you compare with your direct competitors on a global scale.

If you are less agile than your competitors then chances are you need to work on your Horizon, Velocity, and Plasticity; and you need to do it quickly if you are to rise to the challenge of an increasingly turbulent world.