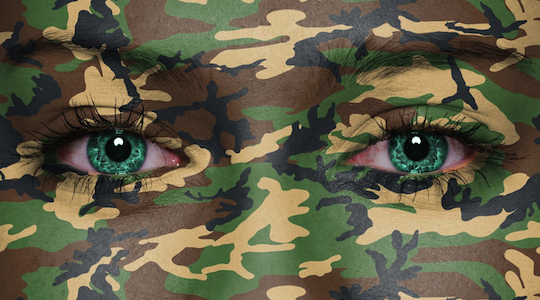 Graham Plant discusses native advertising, a tactic for which analysis of efficacy is only just now becoming possible.

I know you’ve probably read the PR statements, you’ve seen the glowing tweets and you’ve read the articles that pop up in the trade publications every issue espousing the benefits of native advertising.

BI Intelligence predicts that by 2018 native advertising spend will be in excess of US$20 billion, from a 2015 forecast of around US$8 billion.

You may have also seen the arguments from the flipside that native advertising is a blight on the publishing landscape, and is little more than a subversive tactic to dodge best practices for content marketing established to protect consumers and maintain ethical standards.

Or maybe the semantic arguments are of little interest and you’re wondering whether native advertising is just a schmancy new name for advertorial.

Well, it depends largely on to whom you talk.

Native advertising executed well is not advertorial, although it is a form of content marketing and can be presented in different forms.

Native advertising done well applies a form of subtlety often neglected in digital advertising. The quality of the content is critically important to maintain integrity and this differentiates it from being simply sponsored content.

The added benefit of integration with publications or specific articles means that native advertising can fully leverage the entire gamut of social channels to drive engagement – it is more readily shared and in many cases is delivered via social channels.

Most marketers are already very familiar with sponsored content and advertorials. These forms of advertising are (generally) clearly identified as such either by an introductory and/or closing statement or visible label that ensures it is identifiable for what it is – sponsored.

Now with native advertising it’s been a little less obvious; although there are guidelines published by the IAB and the Federal Trade Commission (the US’s consumer watchdog) there have been no hard and fast regulatory controls applied specifically for native advertising.

The fundamental questions relate to whether or not a native advertising piece should clearly state that it is content that has been sponsored for advertising to the reader.

Now, I’m of the opinion that most consumers are not half-witted troglodytes that can’t differentiate between a pitch and editorial. But then I am also the proud owner of a NutriBullet and therefore some of my learned colleagues may suggest that my judgement is questionable.

There have also been reports, however, suggesting that as many as half of the consumers exposed to native advertising are unable to distinguish it from editorial content. Now that is significant and suggests that native advertising should be clearly identified as sponsored content.

The whole genre of native advertising even attracted the attention of mainstream media with prominent satirist and social commentator John Oliver lambasting native advertising on his award-winning show This Week Tonight back in August 2014.

Adding fuel to Oliver’s well-articulated broadside is a quote from Ken Auletta, well-known media critic and writer for The New Yorker, who stated, “Native advertising is basically saying to corporations that want to advertise, ‘We will camouflage your ads to make them look like news stories.’ That’s essentially it.”

One of my earliest jobs was as a 16-year-old freelance journalist for The Benalla Ensign. The owner and editor, Mr Adams, was a former Fleet Street journalist and provided very clear direction on what was expected.

Editorial could not be compromised. Articles were always written to inform, educate or entertain.

These expectations do not vary from what is documented by the Media Entertainment and Arts Alliance Journalists’ Code of Conduct. So where does that leave us? Well, I believe that native advertising can not only survive, but also prosper while abiding by this most basic journalistic tenet.

Publishing is a tough gig, so if we want to see ad-free content, then we should pay. If we want it for free, we have to allow the publishers to generate income to enable them to do this – and that has to be via advertising.

And I can tell you that some of the results produced by the pros are truly extraordinary.

Whether we like it or not, banner advertising is becoming less and less effective. In the early days it was possible to achieve click-through rates (CTRs) of well over 20%.

Well now, we’re talking fractions of a percent. To put this in context, if you’re an amateur golfer, you have almost as much chance of scoring a hole in one as getting an intentional click-through from a banner ad. My direct marketing mentor would be rolling in his grave!

While CTR is an important metric, what seems to be of more interest to advertisers and publishers today are metrics on engagement, recall, awareness and influence. And this is where native advertising can shine.

So what can you do? Well, you can start by making the content more interesting, focus the content on your target audience and make sure that it delivers value.

Native advertising is becoming an increasingly good platform for helping publishers keep the wolves away from the door and survive in a very competitive market where consumers want everything for free.

It also provides a more creative and entertaining medium that will enable budding creatives and writers a means for showcasing their talents. Welcome back to the art of writing good copy!

But most of all, if done well, it will benefit not only the sponsor and the publisher, but also – the customer.

Still not sure? Well here are my rules for engaging customers and the essence of what I believe any native advertising content should aim to deliver:

If you can’t do even one of those, then you probably don’t really know your customer and your message will more than likely miss the mark.

Oh, and on the question: is native advertising buzz, bollocks or brilliance? It all depends on you.

Effective Measure is a Marketing content partner – collaborations with leading organisations on content for the magazine (like this article) as well as exclusive benefits for Marketing Advantage Members. Click here for more information about membership.

BY ON 27 November 2015
Graham is founder of Pearl Business Solutions, providing strategic and board advisory services that turn ideas into successful ventures. He works with start-ups launching new businesses, larger companies introducing new products or looking to open new markets, navigating businesses through the martech space or understanding the business value and applications of customer data.

« How to use the power of Instagram to market your brandCustomer journey mapping: The transformational power of telling the customer’s story »