Ad Standards received record complaints in 2014, but none in top 10 breached code

Ad Standards received record complaints in 2014, but none in top 10 breached code 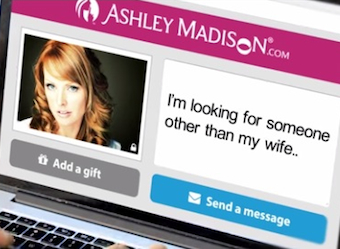 Australia’s Advertising Standards Bureau received a record 5600 complaints about television ads in 2014, topping the previous record of 4044 from 2006.

But the figure doesn’t necessarily show that more ads in 2014 were offensive than in other years. Ad Standards is attributing the high number of complaints to increased awareness of how to lodge complaints online, sparked by a public awareness television campaign it launched in March.

The top 10 most complained about ads made up 35% of the total number for 2014, but none of them were found to have breached the code.

Of the ads that were found to bread the code, most received fewer than five complaints.

Jolly says the top 10 most complained about ads had attracted criticism because they featured “uncomfortable scenes”.

“While people may not wish to see ‘ick-factor’ images of nose-picking or farting on TV, or about dating sites for married people, the content of these advertisements do not breach the codes.”

Multi-offenders in this top 10 are custom number plate provider MyPlates, with three ads listed, and Carefree (Johnson & Johnson Pty Ltd), which has two.

Australia’s top 10 most complained about ads in 2014

It’s easy to see how this ad could shock and offend – it shows married men bopping to the jingle “I’m looking for someone other than my wife” while scrolling through pictures of women online.

MyPlates custom number plates shows a man repeatedly passing wind in a car, sending the message to women: “Ladies, do you know what your man’s doing when he’s in your car?”

This ad takes off Leonardo Da Vinci’s painting The Last Supper, showing the characters debating what kind of takeaway meal to order.

Another one from MyPlates, this time with a man picking his nose and wiping it on a car door.

A series of women and girls share their embarrassing menstrual experiences.

Two women wearing skimpy outfits made of rubber walk into a tyre store and impress the Ultra Tune worker.

Another version of the man picking his nose and wiping it on a car door, but this time his finger is pixelated.

8. 0438/14 Coalition for the Protection of Racehorses: billboard

This billboard was erected in Melbourne during the spring racing season (but later removed following complaints), picturing a horse lying on its side and the words ‘Is the party really worth it?’

Another one from Carefree along the same theme as the first, highlighting different embarrassing menstrual experiences.

‘Lambassador’ Sam Kekovich promotes the consumption of lamb on Australia Day, offending lesbians and vegans, among others, along the way.