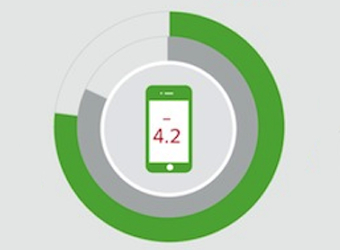 Mobile advertising technology company InMobi has released its latest round of stats and, for the first time ever, Apple has recorded negative growth in impressions. The figures also show that almost three quarters of mobile ad impressions come from apps, compared to 28% from mobile websites.

Impressions served on Apple mobile devices fell 0.4% over the last three months, while Android saw an increase of 2.7% from the previous quarter.

The data, pulled from the InMobi network from July to September 2012, shows the changes taking place in Australia’s mobile media landscape. The unprecedented growth in tablet usage saw impressions on smartphones in general drop 4.2%, with tablets growing the equivalent amount to take their total share to almost 20%.

InMobi’s general manager and regional director, Francisco Cordero, says it’s not surprising that smartphone penetration has dipped given its aggressive growth in recent years leading to a highly-saturated market in Australia: “As we predicted when this report came out last quarter, tablets are continuing to dominate the device space, growing in popularity as smartphones decline. This is surely only set to continue with the long-awaited launch of the new iPad Mini last week.”

On Apple’s fortunes, Cordero suggests it is still a force to be reckoned with but the tide may be turning. “One possible reason for this may have been the release of the iPhone 5 with many Apple users holding off for the latest model. Our Q4 data will confirm whether this has been the case,” he says. 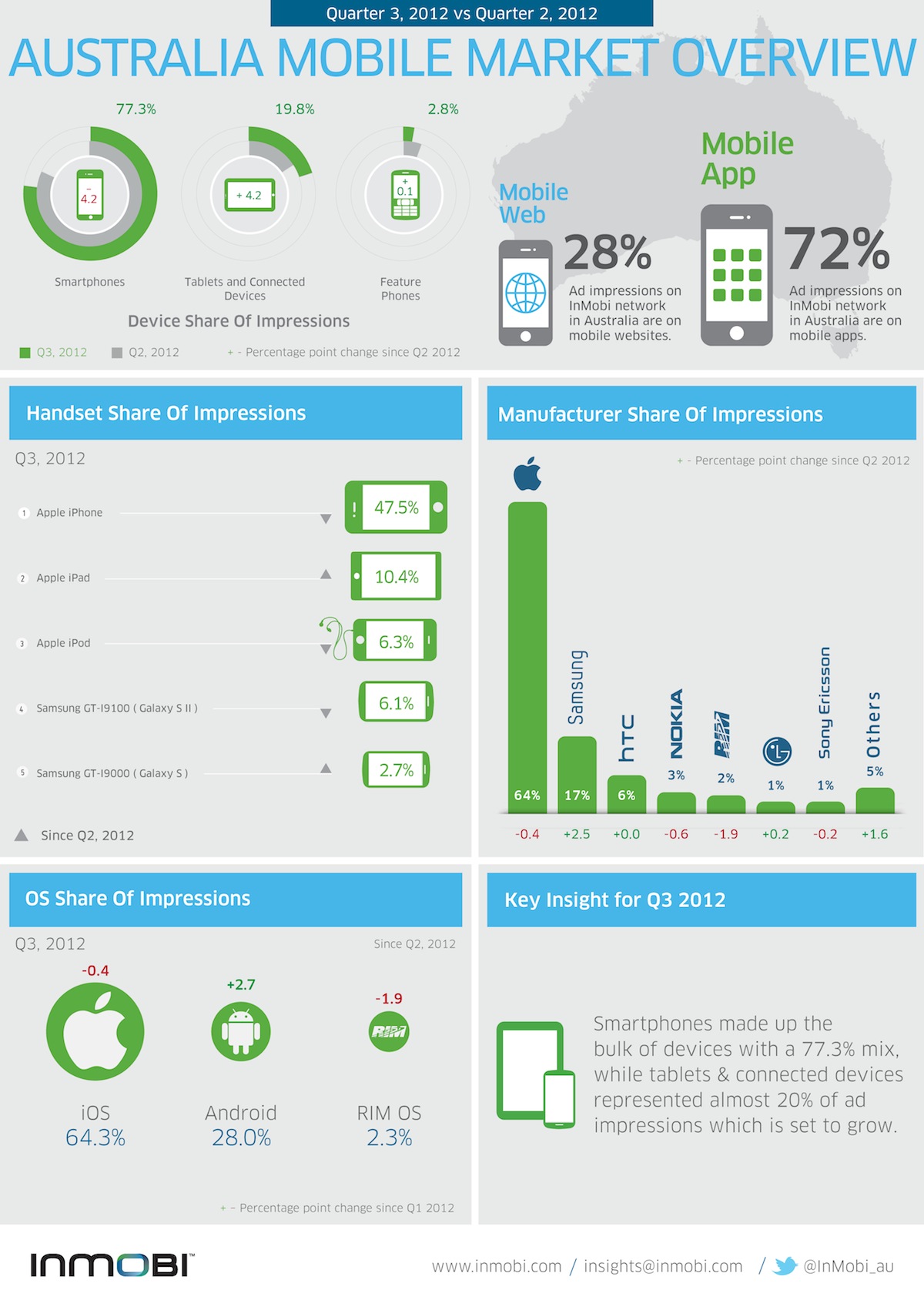