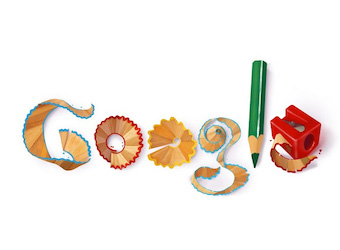 Google has announced the end of its authorship program with a final move to stop showing authors’ names in search results. This follows the search engine’s decision in June  to pull back on showing authors’ images on results pages.

Google’s John Mueller described the “difficult decision” on Google Plus, explaining that the authorship program was proving less useful to users than the company had initially hoped.

Google launched authorship markup in 2011 as a way for bloggers and writers to be recognised and rewarded for producing relevant content. By ensuring an article’s website included the HTML code rel=”author”, publishers could allow their author’s name and image to show up in Google search results.

The launch of the authorship program coincided with the beginning of Google Plus, the company’s social network to rival Facebook and others.

For three years, content marketers aimed to improve their websites’ search engine optimisation (SEO) by taking advantage of the authorship program’s integration between websites and Google Plus. Kissmetrics called it “One of the most important features of the new era of content marketing” and ClickZ said it “Could be one of the most significant SEO factors to help improve rankings”.

Google initially expected the authorship feature to improve click-through rates for articles by respected authors, but Mueller wrote this week that tests determined it to be less useful.

“We’ve gotten lots of useful feedback from all kinds of webmasters and users, and we’ve tweaked, updated, and honed recognition and displaying of authorship information. Unfortunately, we’ve also observed that this information isn’t as useful to our users as we’d hoped, and can even distract from those results.

“In our tests, removing authorship generally does not seem to reduce traffic to sites,” Mueller added. “Nor does it increase clicks on ads. We make these kinds of changes to improve our users’ experience.”

In June, Search Engine Land reported that Google had dropped author’s Google Plus profile images from search engine results showing their articles. This followed a December move to reduce by 15% the amount of images shown, excluding those for “lower quality” sites.

“Both in the main results, and on the right-hand side. Today’s authorship change doesn’t impact these social features,” he wrote.